Photo: How Manchester United could line up under new boss Ole Gunnar Solskjaer 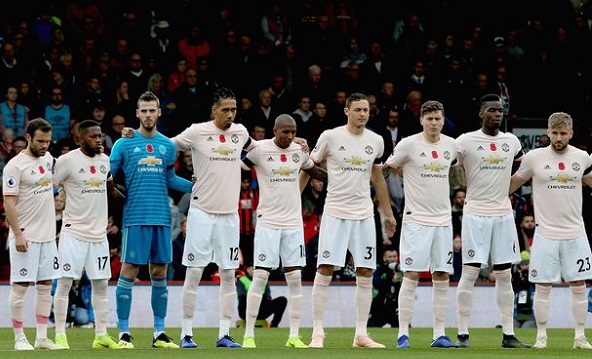 OLE GUNNAR SOLSKJAER has been confirmed by Manchester United as the interim boss for the rest of the season.

The former striker, nicknamed the 'baby-faced assassin' by the Old Trafford faithful in his playing days, has been chosen as the man to rebuild the mess left by Jose Mourinho.

He has essentially been borrowed by the Red Devils from his club in Norway, Molde FK, as Norway's top division has ended this season.

And the former marksman, who netted 91 goals in 235 appearances under Sir Alex Ferguson, fits the bill for the club.

Man Utd wanted to select a candidate who shares the principles of the club and was steeped in its history.
Solskjaer can tick off both categories but he faces a daunting task rebuilding a Man Utd squad left in disarray by his predecessor.

Here's how United could look under the Norweigan. 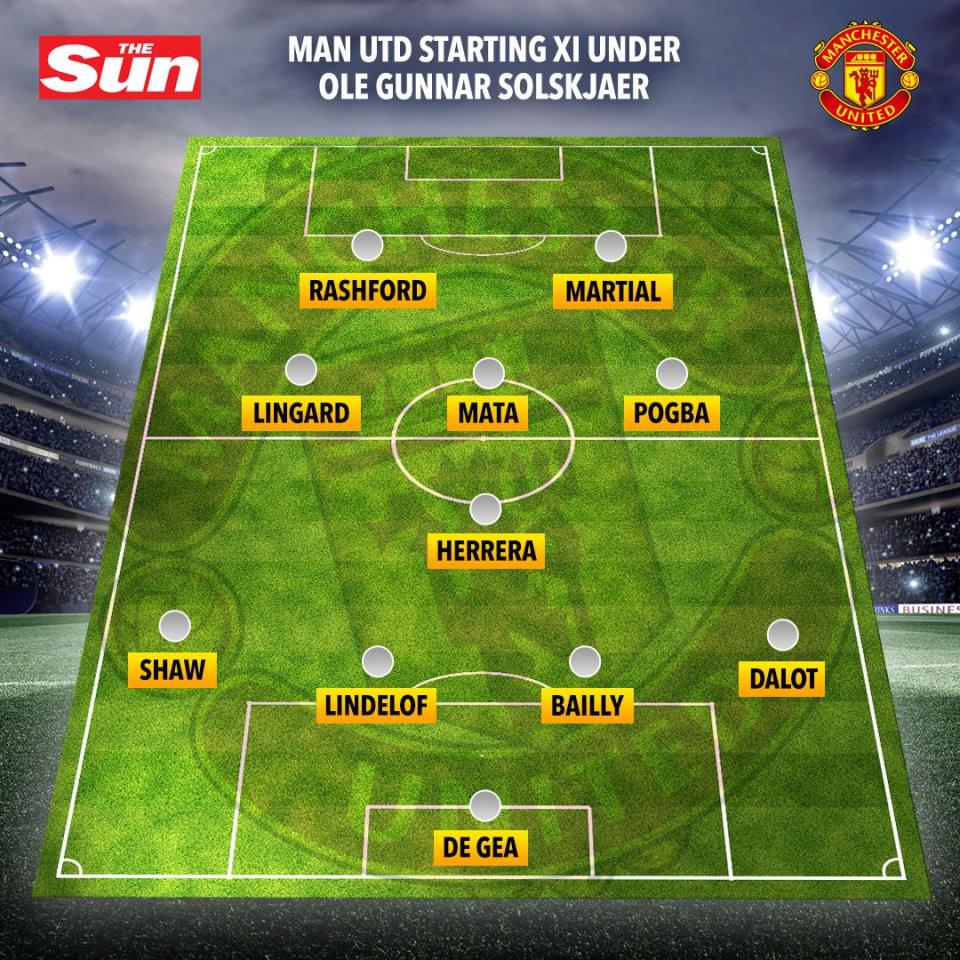 United chiefs extended his stay at Old Trafford in the hope a year more with the club would reignite his desire to stay.

The move also ensured clubs can't snap him up for free.

Under new leadership, De Gea could easily be talked into staying.

His partner Edurne is keen to stay in Manchester and if his side produce a good run of results the highly-rated keeper could easily change his mind.

For years the Portuguese toyed with his defence, especially his centre-backs, with Phil Jones, Eric Bailly, Chris Smalling and Victor Lindelof constantly rotated.

But under Solskjaer the Red Devils could finally form a rigid and reliable back line.

Bailly could sure up the defence and become a monstrous defender under the Norwegian.

Diego Dalot looks to be a real talent and Mourinho said even Gary Neville would be proud of the Portuguese ace.

Luke Shaw has been revitalised this season and his attacking prowess will thrive even more under an attacking manager.

ANDER HERERRA has shown what he is capable of when he sits in front of the back four.

The Spaniard, quite often left out by Mourinho, could cement his place ahead of Nemanja Matic as the sole defensive midfielder in the side.

Matic has no doubt proven he is good in the role, but his ability on the ball is not as strong as Herrera's - and poor performances this season could see him on the fringes of the starting line-up.

Mourinho often liked to use two CDM's in his starting XI, but with the attacking mind of Solskjaer, a double pivot in front of the back line is unlikely.

Herrera will give Pogba license to roam and finally become as successful as he was at Juventus.

Juan Mata will return to the traditional number 10 role he is most comfortable with - providing the creative spark to the front men that has been lacking this season.

While Jesse Lingard will add pace on the right side behind Rashford and Martial.

TWO strikers leading the line for Manchester United has not often been seen in recent times.

But Rashford and Martial could form a deadly partnership as the two up top for the Red Devils.

The pair are gifted technically, pacey and good with their feet.

Romelu Lukaku is very much a Mourinho player - a strong striker who bullies the defence to score his goals.

And only time will tell if Solskjaer will favour the big Belgian in his line-up.

But there is a strong likelihood that he will prefer to use the technically gifted pair of Rashford and Martial to make runs in behind.

With Mata and a newly reborn Pogba behind them, a new attacking Man Utd side could light up the Theatre of Dreams once more.

Read also: Photos: How Pogba and his teammates reacted in training after Mourinho's sacking