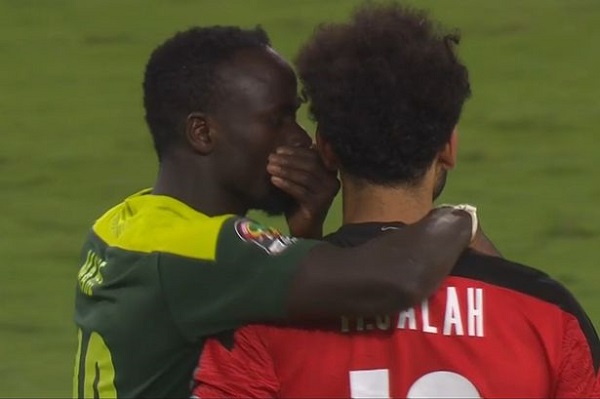 The two finalists of the recent TotalEnergies 2021 Africa Cup of Nations, Egypt and Senegal will clash this week for one of the five tickets reserved for Africa for the 2022 World Cup.

The two-legged matches in the playoffs will take place on Friday, March 25 in Cairo and on Tuesday, March 29 in Diamnadio to decide which of the current two to qualify to play in Qatar.

These two matches will be highlighted by the presence of Egyptian star Mohamed Salah and the best player of AFCON 2021 Sadio Mané, both players of English top-flight side Liverpool.

If Egypt made three appearances at the World Cup in 1934, 1990 and 2018, Senegal have only played in two which was more flamboyant - in particular the quarter-final berth in its first participation in 2002.

In 1934, the second edition of the World Cup, Egypt was the first African nation to take part with a 4-2 defeat in the round of 16 against Hungary.

In 2018 in Russia, it was still in the first round that the Pharaohs ended their campaign with three defeats against Uruguay: 0-1, Russia: 1-3 and Saudi Arabia: 0-1 respectively.

90 minutes for the history books!✍️

Who will dominate the first leg of the #WCQ final round? 👀#WorldCup | @EFA | @Fsfofficielle

Egypt’s performance was the opposite of what Senegal had as the Lions roared its first experience by reaching the quarter-finals of the World Cup co-organized by South Korea and Japan.

In 2002 then finalist of the AFCON, Senegal beat France, reigning world champion, 1-0 in the opening match to stun the football world. Then there were two draws against Denmark (1-1) and Uruguay (3-3).

Despite this sensational entry into the history of world football, Senegal had to wait until 2018 to return to the World Cup. If the Senegalese succeeded in their first match with a 2-1 victory against Poland, they ended up giving up, drawing 2-2 against Japan before losing 0-1 against Colombia for the last group match.

A setback synonymous with elimination in the first round when in its first participation at the global tournament they reached the quarter-finals, after playing five games.

And for these qualifying play-offs for the 2022 World Cup, it will be for the Lions to seek to repeat the final of last month’s AFCON when they defeated Egypt to win the title. The Lions are seeking a similar fate to return to the World Cup.

Moreover, in 2002, Egypt was one of the teams that Senegal eliminated to take part in its first World Cup in the history of its football.

But it is certain that it will not be easy as just like the final of the AFCON in Cameroon which took the shootout to determine the best team in Africa. Egypt have got revenge on their minds.

And in the history of matches between the two teams, after 12 encounters, Egypt leads the way in all competitions (five wins, two draws and four defeats).

The first match between the two teams date back to the AFCON 1986, and Senegal took the upper hand 1-0 at the Cairo International Stadium in the opening match of this African Cup of Nations.

It was under the same score that the Lions won the AFCON 2002 in Mali, and there are two other Senegalese successes in the AFCON 2015 qualifiers, 2-0 in Dakar and 1-0 in Cairo.

On February 6, it took penalties to see the Lions win their first continental trophy against the Pharaohs who had beaten them at the same International Stadium in the semi-finals of AFCON 2006 1-2.

READ ALSO: AFCON 2021: Mane’s Senegal vs Salah's Egypt – who will come out on top in final? - Preview

Also in Cairo (Egypt), during the 2002 World Cup qualifiers, Egypt won 1-0 and it was on the same score that the Pharaohs had dominated the Lions in Kano during AFCON 2000.

On the Egyptian side, the absentee remains the defender of Al Ahly, El Hgazy injured since the quarter-finals of AFCON 2021 against Morocco.

Carlos Queiroz, Egypt coach: “Thank God there are no injuries. The boys are very motivated with a fantastic spirit... Me, the players as well as the fans, I think, know this as a World Cup final for Egypt. This is an opportunity to qualify the team for the World Cup. For this reason [like a World Cup final], the players are very motivated. We believe in ourselves. Obviously, it won't be an easy match, we have already seen how difficult it is to play against Senegal. Fans have to understand that it's a double confrontation. The first half is played in Cairo, then there will be another in Senegal

The two substitute goalkeepers, Sény Dieng (Queens Park Rangers, England) and Alfred Gomis (Rennes, France) are injured and have withdrawn from the squad.

Aliou Cissé, the Senegal coach: “This double confrontation with Egypt, the team that we have just beaten in the CAN final on penalties looks tough and very difficult. We are champions of Africa. But we are not favourites, because the statistics say that all the teams that have been African champions have not qualified for the next World Cup.

Cairo International Stadium: 65,000 fans are expected according to Egyptian media.

The return match will take place on Tuesday March 29 at the Abdoulaye Wade stadium in Diamniadio (40 km from Dakar) inaugurated on February 22.