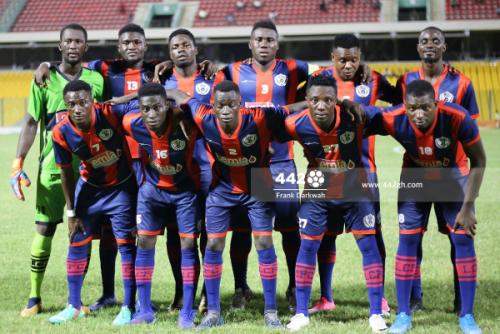 The Royals have won only one game in the nine-week-old competition and sit at the foot of the League table with six points. Their first win of the season was against WAFA SC in Accra where they won 1-0 with defender Joseph Adjei scoring from the spot.

They will be seeking for their very first back-to-back home victories of the premiership this campaign on Friday.

The Royals will be welcoming Baba Mahama back to into the team this weekend after serving his one game suspension against Aduana Stars.

Central defender Nicholas Mensah is expected back to the starting line-up to face the Miners. But Asamoah Gyan continues to remain on the sidelines with an injury.

AshantiGold SC will have their eyes set on the top spot again after dropping from the first spot on Sunday following a goalless draw against Medeama SC at home.

They have not lost at the Accra Sports Stadium this season after two visits.

AshantiGold drew 2-2 with Hearts of Oak before beating Great Olympics 2-1 in a come from behind win.

The Miners sit in second place in the premiership standings with just a point behind leaders Karela United FC.

Amos Addai and Dacosta Boadu remain unavailable for selection due to injuries.