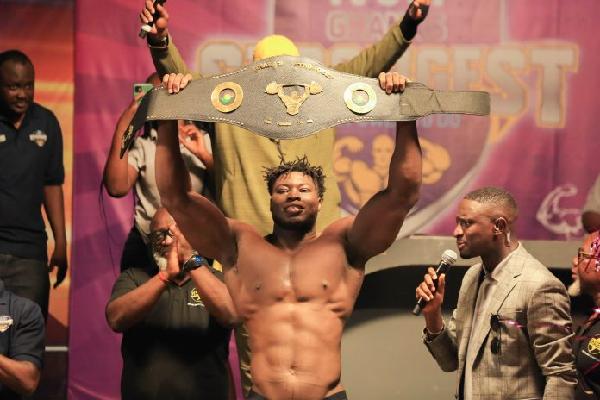 Prosper Dakora has been crowned Ghana’s Strongest champion for the first time after a sensational performance in the final at the Obra Spot in Accra on Sunday.

The 26-year-old, nicknamed the Beast, dominated the final, winning all five of the day’s gruelling events to claim the title.

Dakora, who finished second last year, was determined to win the championship this year. His run to the final was impressive, and he wowed fans on Sunday with an absolutely incredible performance.

Dakora started off on the right foot by winning the first event, Truck Pull. Only he and Bright Appiah were able to pull the 9,000 kg truck. The second event, Giant Tire Flip, was difficult, but he completed eight successful flips in 1:32.

Dakora also won the Giant Power Stairs event with a spectacular performance. He knew he had a comfortable lead at this point, but he didn’t back down. Dakora took first place in the Sack in a Pond and Aboboyaa Lift and Hold events.

It came as no surprise when he was announced as the winner. He was clearly relieved to be champion after finishing second on two previous occasions.

Dakora was rewarded with a title belt, a brand new car, 8,000 Ghana cedis, 200 bags of cement, and three months of medical coverage.