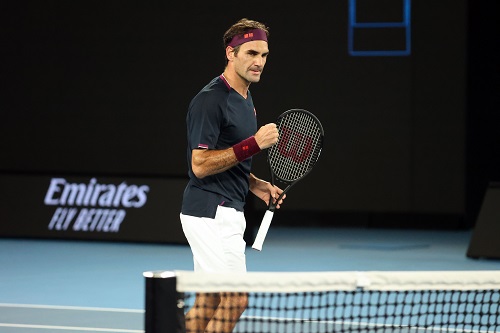 Federer, 38, trailed 8-4 in the deciding tie-break - but won six points in a row to progress.

He will face Hungary's Marton Fucsovics in the fourth round.

Federer and Millman produced a match which will live long in the memory of those who saw it when the Australian earned the best win of his career against the flustered Swiss in the 2018 US Open fourth round.

This epic surpassed even that in terms of intensity and drama.

Millman pushed Federer to the limit on that humid night in New York and, in much cooler temperatures which did not sap the veteran of his physical strength this time, managed to do the same in Melbourne.

Rarely is the crowd on Rod Laver Arena not fully behind the 20-time Grand Slam champion, this occasion one of them with the 15,000 fans virtually split down the middle in their support.

The charismatic Millman always seems to enjoy his moments in the spotlight, unsurprising given he has had a long route to the big time after serious shoulder and groin injuries left him close to quitting.

Millman particularly thrives against Federer, who was powerless to stop some unnerving winners - typified by two crackerjacks in the match tie-break - and could not cope with his second serve.

But only a second victory against a top-10 player in 16 attempts - Federer, of course, also falling in the other - was snatched from his grasp as the Swiss won six straight points to seal victory at 00:50 local time in Melbourne.

"What a match. John deserves way more than half of this. He made it so difficult for me," said Federer afterwards.

"He was doing all that stuff and kept on coming up with the goods. He deserves all the support - he is a great story and a great fighter."