Ronaldo 'in our plans' and 'not for sale' - Ten Hag 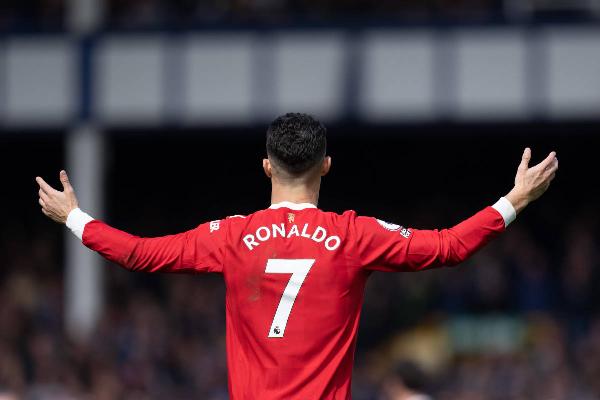 Manchester United manager Erik ten Hag says Portugal forward Cristiano Ronaldo is "in our plans" for the new season and is "not for sale".

The 37-year-old will miss the first part of United's pre-season tour to Thailand and wants to leave the club.

He returned to United last season after playing for Real Madrid and Juventus.

"He is not with us due to personal issues. We are planning with Cristiano Ronaldo for this season. That is it," said former Ajax manager Ten Hag.

"I am looking forward to working with him. Cristiano is not for sale. He is in our plans. We want success together."

Ronaldo's absence from the tour fuelled speculation over his future after he also missed the club's return to pre-season training at Carrington.

He instead trained at the Portuguese national team's headquarters.

The Old Trafford side play Liverpool in Thailand on Tuesday before flying to Australia, and Ten Hag said he did not yet know whether Ronaldo would join the tour.

The Dutchman added he spoke to Ronaldo before the tour, explaining: "I had a good talk. That is between Cristiano and me. What I can confirm is we had a really good conversation together."

Ten Hag also addressed the captaincy, which became an issue as a result of Harry Maguire's struggle for form last season.

"Harry Maguire will be captain," he said. "He has been captain for more than a year. He has achieved a lot of success. I have no doubts about this issue."

United's only signing this summer is full-back Tyrell Malacia from Feyenoord. They look set to sign free agent midfielder Christian Eriksen and are close to an agreement with Barcelona for Frenkie de Jong.

Ten Hag emphasised United will only recruit players if he believes they will fit into his intended style of play.

"We want to add the right players. We have a really good squad, we are working to develop our way of playing and the opportunity is there and we will strike," he added.