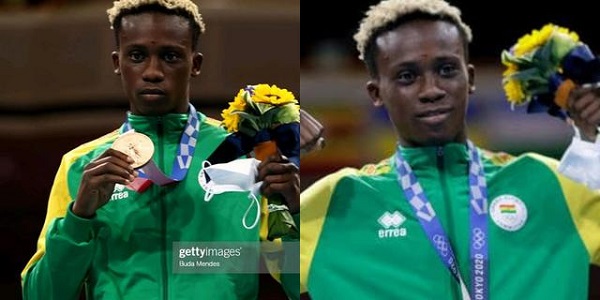 Ghana’s only medalist at the Tokyo 2020 Olympic Games, Samuel Takyi is set to make his debut as a professional boxer on the former world champion Ike Quartey’s Bazooka Promotions.

Takyi, 21 will take on veteran Ghanaian boxer Kamarudeen Boyefio (11-10, 22 KO’s) in a Super Featherweight contest with the bout set to come off at the Accra City Hotel today, Friday, April 15.

Takyi has signed a managerial and promotional contract with Bazooka Promotions, a syndicate owned by boxing legend Ike Quartey.

Speaking ahead of the bout Samuel Takyi highlighted that he is not intimidated by his opponent and knows it’s perfect timing for his career as a boxer.

“I feel very good about the bout and I have prepared very well, so I am very ready. I have had enough time to prepare after the Tokyo Olympic Games and I think it is now time to pursue my dream full time'” he said

“I am not scared, I am a boxer and anytime I am in the ring, I know I am the best. I am not intimidated by him and I know he is very scared of me,” Takyi added.

After quitting amateur boxing, he joined the camp of former welterweight world champion Quartey who said he believed the youngster would have a great future and “has the capacity to become a world champion in future”. 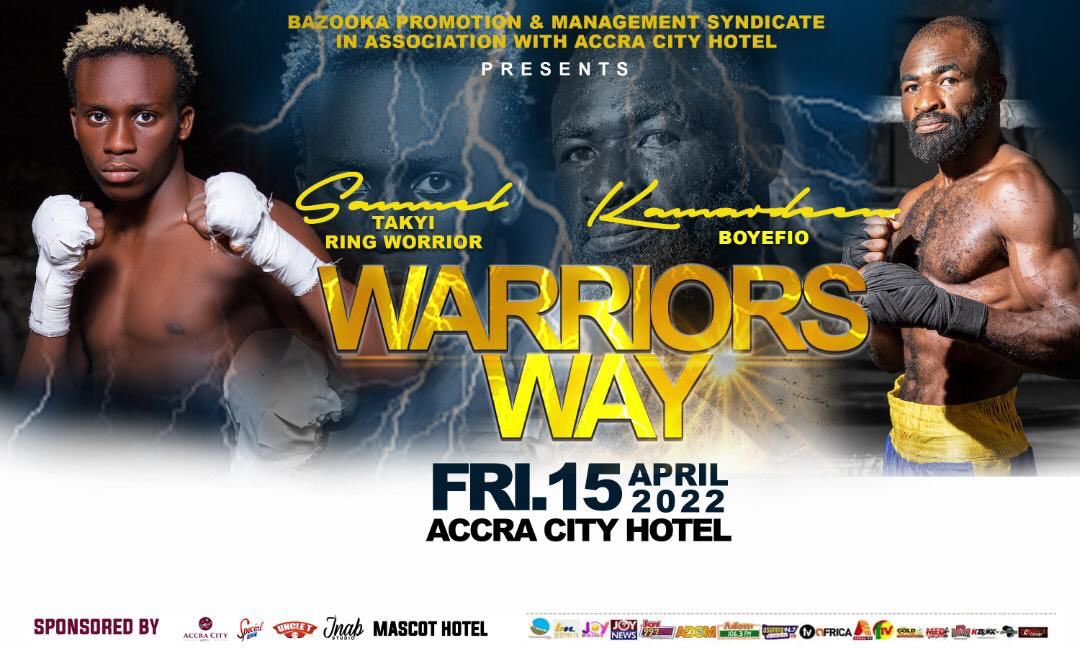