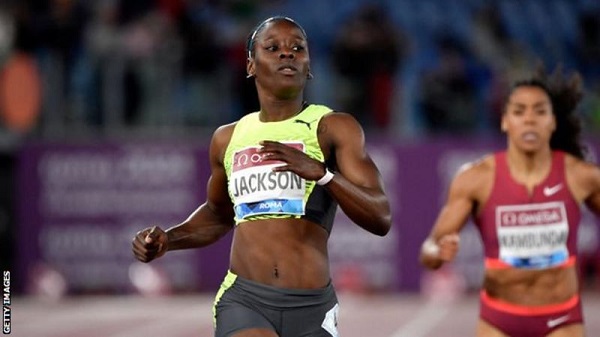 The 27-year-old clocked 21.55 seconds to complete the sprint double in Kingston having won the 100m on Friday.

Olympic champion Elaine Thompson-Herah was second in 22.05, with Shelly-Ann Fraser-Pryce third in 22.14.

Jackson's time puts her behind only world record holder Florence Griffith Joyner (21.34) and Thompson-Herah (21.53) on the all-time list.

"Honestly, I am shocked by the time," said the Olympic bronze medallist. "I never expected to go that fast.

"I knew that I had something special in my legs but to run that fast... I'm just grateful."

Olympic champion Hansle Parchment won the men's 110m hurdles, having recovered from a slow start to catch 2016 Olympic and 2017 world champion Omar McLeod - who then hit a hurdle and finished in last place.