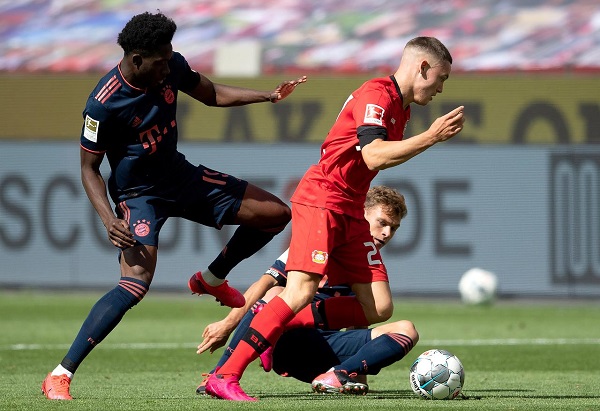 Bayer Leverkusen's Florian Wirtz became the youngest scorer in the Bundesliga and an instant household name in Germany when he netted in their 4-2 loss to Bayern Munich.

Instead of earning praise, however, the 17-year-old was firmly grounded by his coach Peter Bosz.

“I think today this young man got his best lesson since starting football,” Bosz said of Wirtz, who scored a superb goal after shaking off World Cup-winning defender Lucas Hernandez and beating keeper Manuel Neuer.

“His first few ball contacts, he lost them all. He realised that the tempo here is much, much higher. He learned that here you have very little time. He will need to learn. But he is of course a huge talent.” 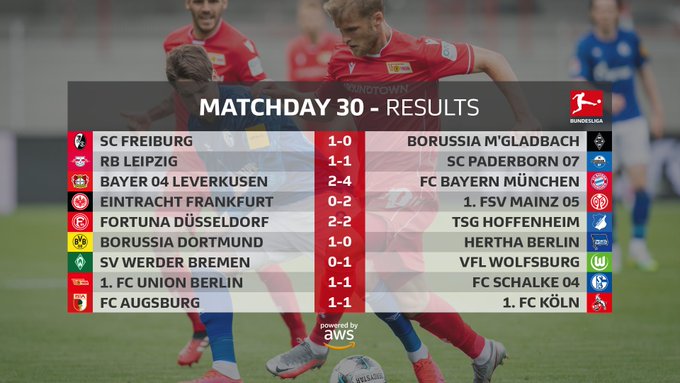 With the Bundesliga title all but wrapped up the Bavarians could still break two long-standing records in their four remaining matches. Both season bests date back to 1971-72.

No team has matched the 101 goals scored by Bayern during that campaign and the 40 netted by striker Gerd Mueller.

Bayern have netted 90 after 30 games — a league record — while striker Robert Lewandowski needs another 10 goals to match Mueller. 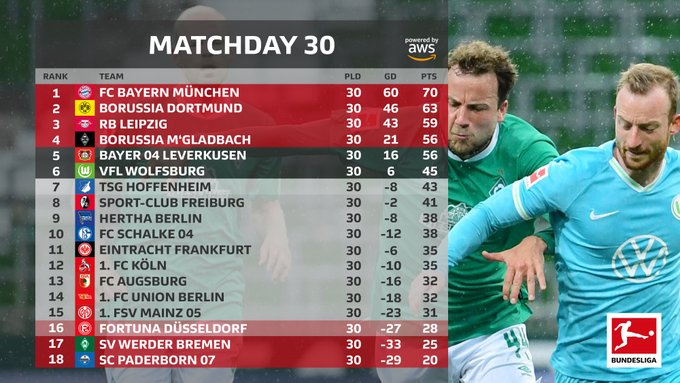 Schalke 04, without a win for a club record 12 straight games, will play out their disappointing season without forward Guido Burgstaller who suffered a knee ligament tear in training.

The misfiring Royal Blues, who have scored just twice in their last five matches, are in 10th place.

Injury-plagued Schalke, missing more than half a dozen players, already had to deploy several reserve team players on their substitutes bench in the 1-1 draw at Union Berlin on Sunday. 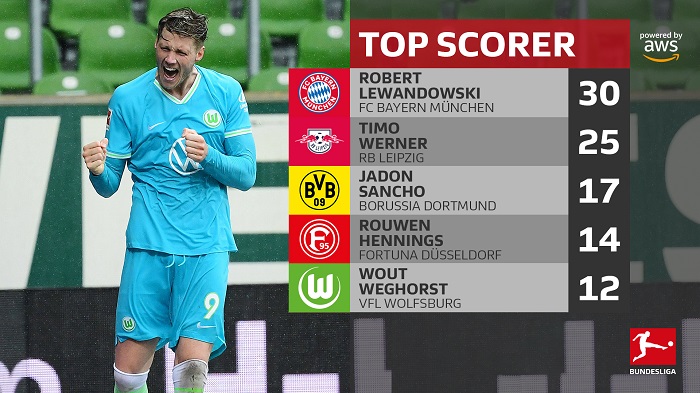