Thomas Partey included in Arsenal squad for US tour 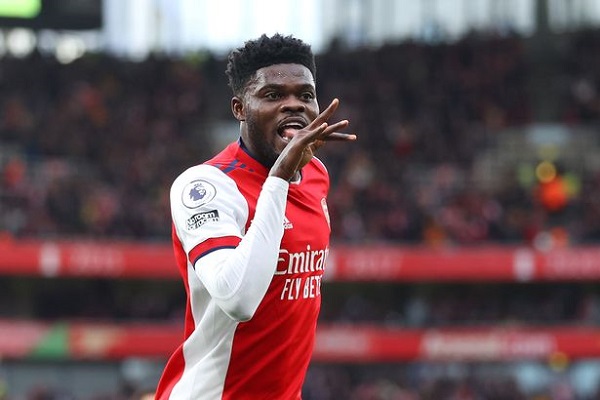 Arsenal midfielder Thomas Partey is among Mikel Arteta's squad as they embark on a 10-day tour of USA on Wednesday.

The Times UK reported this morning that Partey would not travel after missing the trip to Germany, where Arsenal defeated Nurnberg 5-3 in a friendly match.

The club, however, have dismissed the report with Partey part of a 33-man squad named by manager Mikel Arteta for a 10-day tour of the United States.

Partey, 29, did not travel to Germany for the Gunners' 5-3 win over Nurnberg on Friday, one week after he returned from a thigh injury to take part in a friendly against Ipswich.

After Arsenal's last two proposed visits to America were cancelled due to Covid-19, this is the team’s first extended summer tour since 2019 – and three warm-up games, as well as intensive daily training sessions, await the players Stateside.

Arsenal will play Everton in Baltimore, Maryland, on Sunday, followed by games against Orlando City four days later and Chelsea a week later on Saturday, both in Orlando, Florida.