Time for Partey to move from Atletico Madrid - Attamah Larweh 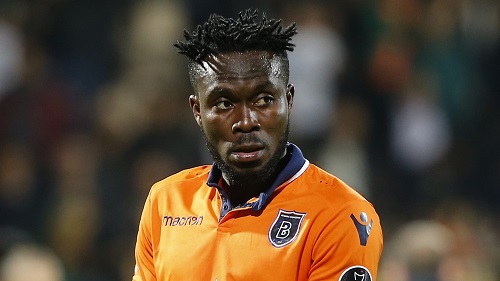 Thomas Partey has been encouraged to move from Atletico Madrid to the Premier League as Joseph Attamah Larweh believes he has seen it all at the Spanish club.

Partey's performances for Atletico Madrid have attracted the attention of several clubs across Europe, including Arsenal, United, Juventus and Inter Milan.

Partey has made 35 appearances in all competitions this season and despite being a defensive midfielder has also chipped in with three goals and an assist.

He has also featured in every Champions League game for Los Rojiblancos this campaign and he played every minute of their sensational 4-2 last 16 victory over Liverpool.

But Partey's Ghana teammate Attamah Larweh urged his pal to jump at the chance of a move to England and join London club Arsenal.

“I will be happy if he goes to Arsenal

“He has done it all at Atletico and is well known as one of their best players.

“He has to move forward to a different league to prove his worth there as well.

“He needs to let people know that he is capable of succeeding in other places and not just Spain,” he told Citi TV.