Tottenham hit Norwich for five to qualify for Champions League 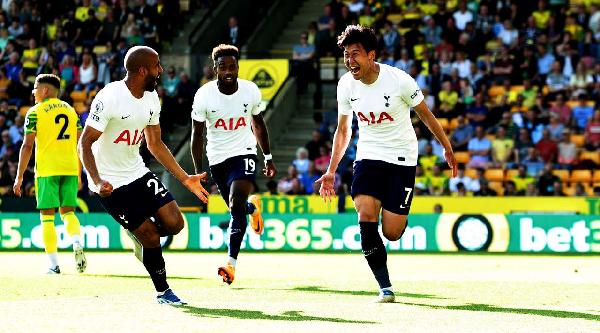 Needing only a draw to secure a top-four spot, regardless of the result gained by fifth-place Arsenal, the game was never in doubt from the moment Spurs went in front in the 16th minute.

Rodrigo Bentancur set up both the goals in the first half, initially latching onto a Pierre Hojberg long ball and squaring for Kulusevski to nudge home the opener, before intercepting Tim Krul's pass out from the back and dinking a lovely cross into the box for Harry Kane to turn home with a diving header.

Kulusevski scored his second just after the hour mark coming in from the right flank to curl an unstoppable effort inside the far top corner, taking his personal tally to five goals and eight assits from 18 game, before Son got himself a share of the Premier League golden boot.

Prior to his goal, with no chance of them losing the game, Kulusevski tried to fashion a tap-in for Son but desperate defending from Max Aarons saved the Canaries, but it was a brief respite.

First Lucas Moura back-heeled the Korean through on goal where he slotted under Krul's body and then the forward picked up a cleared free kick and curled an unstoppable effort home from 25 yards.

Norwich finish the campaign a point adrift of Watford and 16 away from fourth-bottom Leeds.