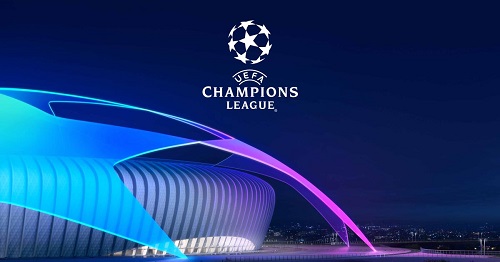 The UEFA Executive Committee today met via videoconference and took several decisions regarding the regulations, format, calendar and venues for a variety of UEFA club and national team competitions.

"I am delighted that we are able to resume almost all of our competitions. I am confident that we will not have to endure the fans’ absence for long and that they will be allowed into stadiums sooner rather than later.

"UEFA took a bold decision when it decided to postpone EURO 2020. But in doing so, we created the space which has allowed domestic club competitions across the continent to resume, where possible, and play to a conclusion. While the game has suffered huge difficulties as a result of the pandemic, those blows would have landed much harder if we had not shown leadership in those early days.

"The football community has worked together and shown tremendous unity during this unprecedented crisis. I would like to thank FIFA, our sister confederations, national associations, clubs, leagues, players and the relevant authorities for their continuous support and commitment and I am convinced that we come out of this crisis stronger and with closer links than ever before.

"It is of the utmost importance for us not only to complete our men’s and women’s competitions but also to finish our youth and futsal competitions whenever possible. We are firm believers of their importance and significance of the overall growth and development of the game, and I am delighted that we found solutions to stage the final rounds of all those competitions. Particularly with the Women’s Champions League, it was important to send a strong signal that it is possible to complete this season, in a time where women’s sports have suffered substantially. This competition has exciting times ahead with the format change in 2021/2022 and we want to enhance the momentum in the women’s game, not lose it.

"Finally, I would like to convey a heartfelt message of appreciation and gratitude to the hundreds of thousands of unsung heroes who worked tirelessly on the frontline during the COVID-19 pandemic. It is their dedication and bravery that has allowed our societies and football to return so quickly. Without their effort and sacrifices, none of this would have been possible."

All decisions taken today by the UEFA Executive Committee are listed below:

The key principles of the UEFA medical protocol were approved, and detailed guidelines will now be finalised over the next few weeks to ensure that a thorough sanitary plan be put in place to protect the health of all participants to UEFA matches when the competitions resume.

UEFA will be regularly assessing the situation across the continent and will liaise with local authorities to see when spectators could gradually return.

Quarter-finals, semi-finals and the final will be played as a final eight straight knock-out tournament at the Estádio do Sport Lisboa e Benfica and the Estádio José Alvalade in Lisbon between 12 and 23 August 2020.

The remaining Round of 16 second-leg matches will be played on the 7/8 August, pending a decision on whether they will take place at the home team’s stadiums or in Portugal.

The Estádio do Dragão in Porto and the Estádio Dom Afonso Henriques in Guimarães will be added to Lisbon venues for the Round of 16, if necessary.

The draws for the 2019/20 UEFA Champions League quarter-finals and semi-finals will take place on 10 July 2020 at UEFA’s headquarters in Nyon and the exact match schedule will be communicated following such draw.

All quarter-final and semi-final matches will go to extra-time and penalty kicks in case of a draw at the end of the regular playing time. The same regulatory change will likewise apply to matches in the other competitions for which the same decision has been taken.

Istanbul, which was originally appointed to stage the 2020 final will now host the 2021 UEFA Champions League Final, whereas the venues for subsequent finals have all agreed to host these a year later than originally planned, with St-Petersburg in 2022, Munich in 2023 and London (Wembley) in 2024.

Quarter-finals, semi-finals and the final will be played as a final eight straight knock-out tournament in Cologne, Duisburg, Düsseldorf and Gelsenkirchen between 10 and 21 August.

The matches FC Internazionale Milano v Getafe CF and Sevilla FC v AS Roma, whose first leg was also postponed, will be played as a single leg at a venue to be confirmed.

All subsequent matches in the competition will be played as a final eight tournament, with quarter-finals on 10/11 August, semi-finals on 16/17 August and the final in Cologne on 21 August, all kicking-off at 21:00CET.

The draws for the 2019/20 UEFA Europa League quarter-finals and semi-finals will take place on 10 July 2020 at UEFA’s headquarters in Nyon and the exact match schedule will be communicated following such draw.

Gdańsk, which was originally appointed to stage the 2020 final will now host the 2021 UEFA Europa League Final, whereas the venues for subsequent finals have all agreed to host these a year later than originally planned, with Sevilla in 2022 and Budapest in 2023.

Teams will be allowed to register three new players on their List A for the remainder of the 2019/20 season, provided such players were already registered and eligible for the club since the last registration deadline (3 February 2020 for UEFA Champions League and UEFA Europa League; 18 March 2020 for the UEFA Women’s Champions League). List A will still only be able to contain a maximum of 25 players. It will not be possible for clubs to register newly-transferred players.

Five substitutions will be allowed in all the remaining matches in season 2019/20, in accordance with the temporary change to the Laws of the Game, whereas the number of substitutions for season 2020/21 will remain at three.