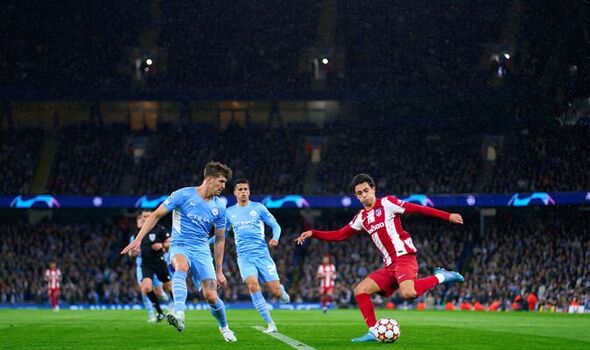 Atletico Madrid have been ordered to close part of the Wanda Metropolitano for their clash with Manchester City.

Los Rojiblancos face the Premier League champions on Wednesday night as they look to book a spot in the semi-finals of the Champions League.

Diego Simeone‘s men lost 1-0 in the first leg, and the tie remains open ahead of the second leg in the Spanish capital.

Atleti’s preparation for the game has been far from ideal, losing to strugglers Mallorca over the weekend.

And they have now been dealt a fresh blow, with UEFA ordering Atletico to close off 5,000 seats for the second leg.

They have also been given a €5,000 fine, and it all relates to the behaviour of a small group of fans during the first leg, at the Etihad Stadium.

The cameras spotted some fans performing a Nazi salute on more than one occasion during the game.

And UEFA have come down swiftly on Atleti as a result, not tolerating racist or antisemitic actions from supporters.