US Open 2020: Kyle Edmund loses to Novak Djokovic, Cameron Norrie through to third round 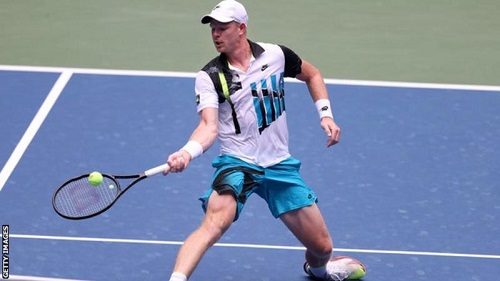 Kyle Edmund reached the US Open fourth round in 2016
Shares

Briton's Kyle Edmund lost to US Open top seed Novak Djokovic, while compatriot Cameron Norrie advanced to the third round of a Grand Slam for the first time.

Edmund, 25, unexpectedly won the first set but ultimately struggled to keep up with the world number one's intensity.

The world number 76 upset ninth seed Diego Schwartzman in the first round and will face Spanish world number 99 Alejandro Davidovich Fokina next.

Djokovic is seeking his 18th Grand Slam title and plays German 28th seed Jan-Lennard Struff in the third round.

Djokovic repeatedly turned to drop-shots, but the tactic was fruitless as the Briton saw them coming every time in a high-quality first set.

A 100mph forehand winner and an ace down the middle were two highlights for the world number 44 en route to winning the set with compatriots Andy Murray and Dan Evans watching from the stands.

Djokovic handles the heat to turn the tide

The world number one did not look as commanding as usual, perhaps due to fatigue from just one day of rest after the previous tournament or distraction from plans to front a new association aiming to increase the power of the players.

But Edmund looked increasingly uncomfortable in the heat, changing between games as his kit had become soaked because of the humidity in New York.

"You could see how much both of us were sweating.," Djokovic said. "That's Grand Slam, best-of-five matches."

The top seed kept his cool nevertheless. A double fault put him a break up and he went on to serve for the set, sealing it with an ace out wide.

Both players' levels dropped in an error-strewn third set. Edmund fought to save one break point early on, but his backhand sailed long to give Djokovic a 2-1 lead.

Djokovic won 11 points in a row to break a second time, though Edmund took advantage of a short second serve to claw a game back.

The top seed ran forward to pick up a drop-shot and tapped it past Edmund to go 5-2 up and eventually held to love to win a second set.

World number one 'brings the energy' to seal victory

Looking increasingly like the player who has now won 25 matches in a row this year, Djokovic roared as Edmund sent the ball into the net to lose his first service game in the fourth set.

The eight-time Australian Open winner's volume continued to increase as he shouted "there's so much energy in here" to an empty stadium after holding serve to take a 3-1 lead.

"We miss the fans. We miss the noise and the energy," Djokovic explained. "I like to bring the energy on court."

A backhand wide gave Djokovic another break and he served two aces and landed an easy smash for yet another hold to love and victory. 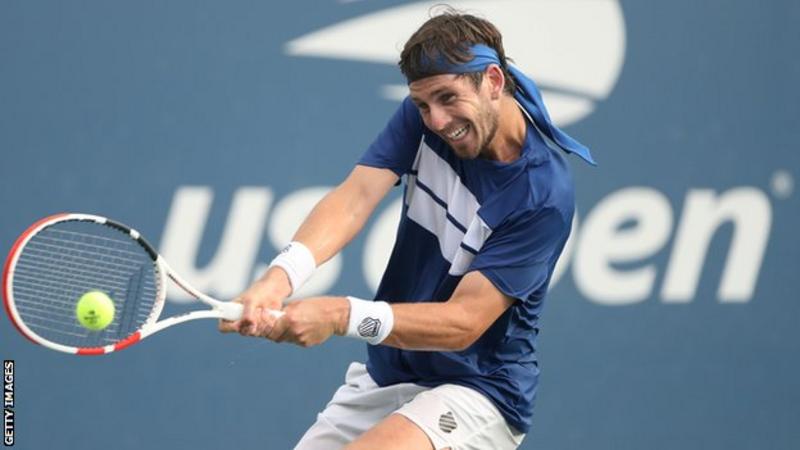 Edmund's exit leaves three British men in the draw, with Murray and Evans in second-round action on Thursday.

Norrie will face Davidovich Fokina, an easier prospect than expected in the third round after the Spaniard claimed a shock win against 24th seed Hubert Hurkacz.

The British number three will be glad to have come through in straight sets after a five-set epic against Schwartzman on Monday.

After swiftly taking the first two sets, Coria briefly looked as though he would make things more challenging with a string of break points in the third.

But Norrie held his nerve and eventually broke to take a 5-4 lead as Coria's forehand flew into the net before the Briton served out the match.

"I'm pleased to be through to the third round," Norrie told Amazon Prime. "I felt great. I had a lot of time over lockdown to prepare and get myself physically ready.

"To get through that match today was good, especially having such a big win against Schwartzman - I was pleased to back it up."

In the men's doubles, Britain's Joe Salisbury - seeded third alongside American Rajeev Ram - reached the second round with a 6-2 6-7 (5-7) 6-3 win against Austin Krajicek and Franko Skugor.

Fellow Briton Luke Bambridge lost in the first round with Japanese partner Ben McLachlan, as did Ken Skupski, who was playing with Mexico's Santiago Gonzalez.