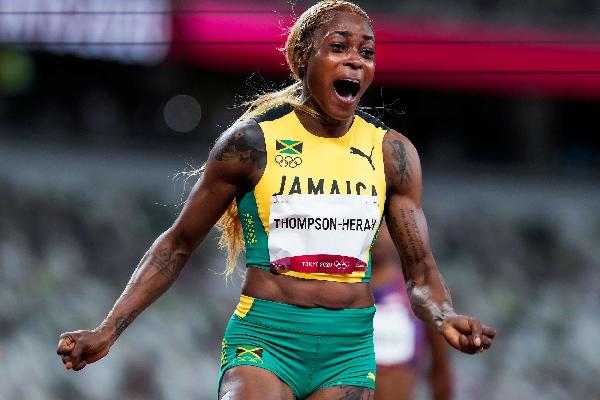 Way to kick off her summer season 💪

It was Thompson-Herah's first outdoor race of the season over the distance.

In Tokyo, Thompson-Herah reclaimed the women's 100m and 200m titles that she had first won at Rio 2016. She was also part of the Jamaican relay team who claimed 4x100 m gold in Japan, improving on their silver medal in Brazil.

The 29-year-old chose not to run in the Golden Games final, which took place in windy conditions at Mt. San Antonio College's Hilmer Lodge Stadium on Saturday evening.

Fellow Jamaican relay gold medallist Briana Williams won the other heat but finished fifth in the final. That was won by Twanisha Terry of the USA in 10.77 seconds but doesn't count as a legal 'World Lead' time due to the high wind speeds.