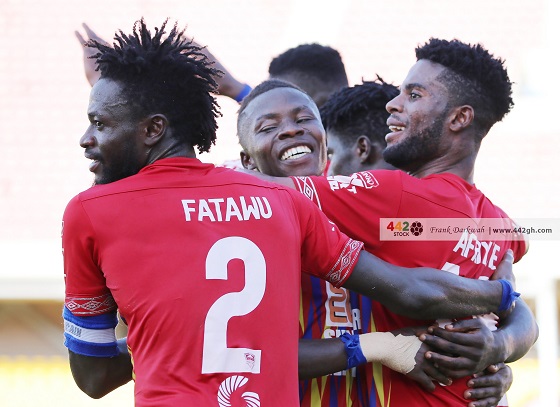 Defending champions Hearts of Oak are through to the quarter-finals of the MTN FA Cup after victory over Elmina Sharks.

The Phobians edge Sharks 8-7 on penalties in the Round of 16 after 2-2 scoreline in regulation time at the Accra Sports Stadium.

They started off brilliantly as Isaac Mensah connected with a Sulley Muntari header to give the Phobians the lead.

They went into the break leading 1-0.

After the recess, Sharks equalized when Ismael Antwi beat the off-side trap to level things.

In the dying embers of the game, Ismael Atwi grabbed a second when his tame shot could not be saved by Hearts of Oak goalkeeper Richmond Ayi.

Hearts went in search of the equalizer with ten minutes of added time and substitute Patrick Razak won a penalty which was converted by Kofi Kodzi to see the game ending 2-2.

It had to be decided on penalty shootout and a managed to win 8-7.