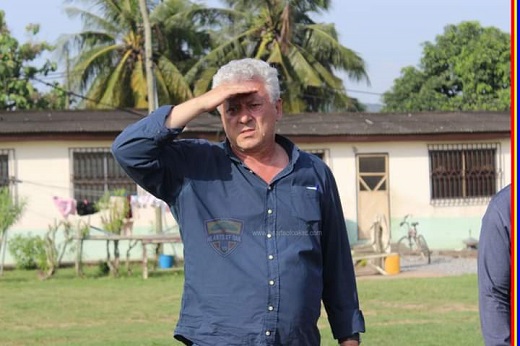 Kosta Papic on Wednesday morning had his first training session with Hearts of Oak after his appointment.

The Serbian tactician who was confirmed as the new coach of the Phobians on Tuesday evening got introduced to his new technical team and playing body on Wednesday morning and began work immediately as he prepares to take charge of affairs for the remainder of the 2020-21 football season.

The session which took place at the St. Thomas Aquinas Park is in preparation for the Ghana Premier League fixture against Karela United on Matchday four of the Premier League.

He will be hoping to begin his second stint with Hearts of Oak on a good note by beating Karela United. Hearts of Oak have not had the best of start to the 2020/21 season.

The Rainbow club has drawn and lost one apiece of the two games they have played this season.

The first game against AshantiGold SC ended in a 2-2 in Accra and the encounter with Inter Allies saw Hearts lost 0-1 in a capital derby last Sunday.

The club has an outstanding league game to be played against Aduana Stars at Dormaa Ahenkro on a date to be announced by the Ghana Football Association later.