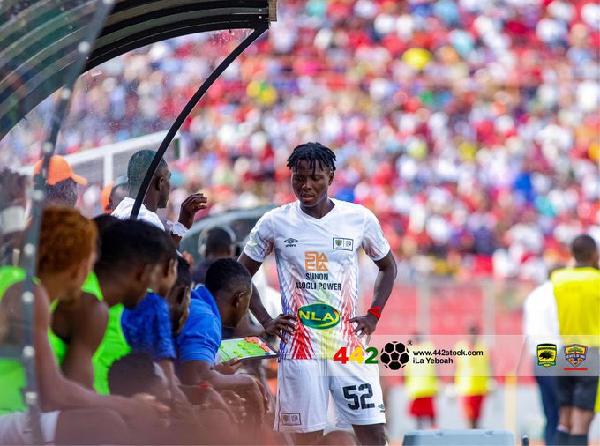 Samuel Inkoon was on target as Hearts of Oak were held against struggling Elmina Sharks on Sunday.

The former Asante Kotoko defender scored his debut goal for the Phobians in their 1-1 draw at the Accra Sports Stadium on Ghana Premier League matchday 25.

Inkoom who joined the club this month opened his account from a free kick in the 2nd minute from 23yards after Daniel Afriyie Barnieh has been fouled.

It was his home debut goal in the League.

The visitors regrouped after going down and found the equalizer at the 28th-minute mark courtesy Michael Asamoah.

The changes brought urgency into the team as Hearts of Oak pushed for the match-winning goal, however, Sharks defence staged resolute to earn an away draw.