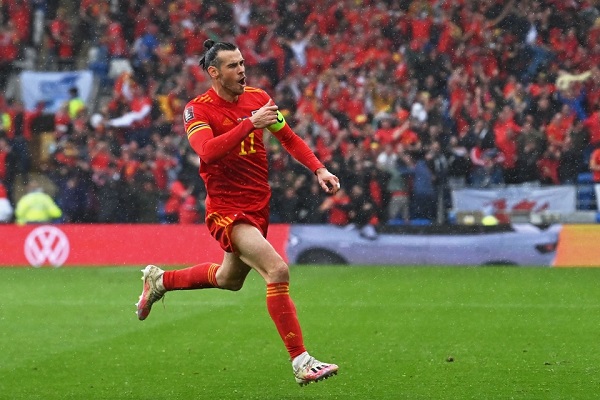 Wales have reached the World Cup finals for the first time in 64 years after edging past Ukraine in Cardiff.

The only goal of the game came 11 minutes before the break when Gareth Bale drove a free kick at goal which Georgiy Bushchen seemed to have covered only for Andriy Yarmolenko, attempting to clear with a header falling backwards, to divert the ball into the net.

Ukraine had a claim for a penalty in the 39th minute when, shortly after Wayne Hennessey had scrambled across his line to deny a shot from Oleksandr Zinchinko, Yarmolenko got to the ball before Joe Allen cleared the ball and was struck by the Welsh player’s swinging boot. After a VAR check the non-decision stood.

Ukraine had more of the ball in the second half but they were denied by the superb defending of Ben Davies and saves of Hennessey, with a particularly notable stop from Artem Dovbyk coming in the closing stages.

Wales could have stretched the lead in the second half when substitute Brennan Johnson slammed a shot against the post with almost his first touch, with Aaron Ramsey also side-footing wide from in front of goal and Bushchan denying Bale from point-blank range.

The Millennium Stadium crowd erupted into delirium when the referee blew the final whistle earning Gareth Bale, Robert Page and the Welsh team a well-earned place in their national sporting folklore.

Wales will play in Group B in Qatar alongside England, Iran and the United States.