Watford captain says he will not return to training 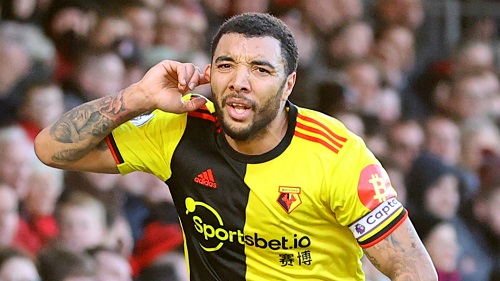 Watford captain Troy Deeney says he will not return to training because he fears for his family's health amid the coronavirus pandemic.

Premier League shareholders voted unanimously to resume training in small groups from Tuesday, with a debate on contact training set for May 26.

However, Deeney says there are still issues that need to be addressed before he starts playing again.

Speaking to Eddie Hearn and Tony Bellew on their Talk the Talk YouTube show, the 31-year-old striker said: "We’re due back in this week. I’ve said I’m not going.

"Within the meeting I asked very simple questions. For black, Asian and mixed ethnicities they are four times more likely to get the illness and twice as likely to have long-lasting illness: Is there any additional screening? Heart stuff to see if anyone has a problem?

"I feel that should be addressed. I can’t get a haircut until mid-July but I can go and get in a box with 19 people and jump for a header? I don’t know how that works. No one could answer the questions – not because they didn’t want to, because they didn’t have the information.

Watford are just outside the relegations spots and are level on points with 18th-placed Bournemouth with nine matches to play.

However, Deeney has a personal reason to seek answers before his return: his baby son’s health problems.

"It only takes one person to get infected. I don’t want to bring that home, my son is five months old and he’s had breathing difficulties," he continued.

"I don’t want to come home and put him in more danger. You’ve got to drive back in the same dirty kit – if I’m putting my clothing in with my son’s clothing or my missus’ clothing it’s more likely to be in and around the house.

"I’ve lost my dad, my gran, my grandad…I’ve lost more or less everyone that I care about. So that, to me, is more important than a few quid in my back pocket."