Why Ashleigh Barty will not defend her French Open title 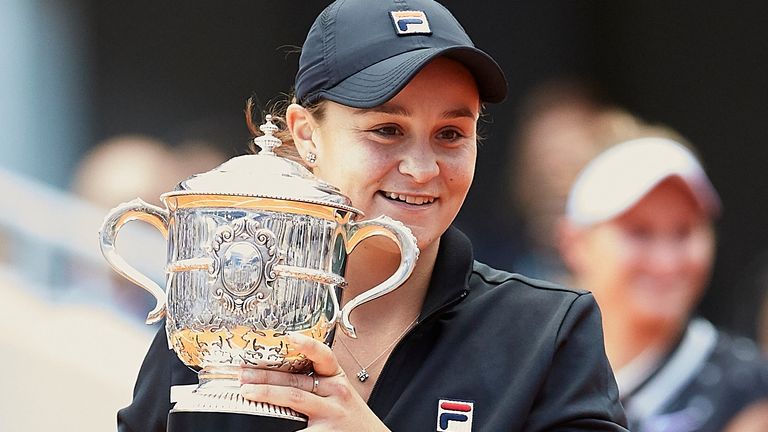 World number one Ashleigh Barty has decided not to defend her French Open tennis title this year, pulling out of the tournament because of coronavirus.

The Australian said last year’s event at Roland Garros had been “the most special tournament of my career so this is not a decision I have made lightly”.

The 24-year-old cited the health risks, and the inability to train effectively with her coach in recent months.
Barty also opted not to compete at the ongoing US Open in New York.

Barty, from Brisbane, explained that she had been unable to reunite with her Melbourne-based coach because of the state border closures imposed in Australia to prevent the spread of Covid-19.

“It has been a challenging year for everyone and, although I am disappointed on a tennis front, the health and wellbeing of my family and my team will always be my priority. Thank you to my fans for your continued support, I can’t wait to play for you again,” she said.

READ ALSO: Novak Djokovic releases statement after being kicked out of US Open

The French Open is due to get under way later this month in Paris, with reduced numbers of spectators and strict health protocols.

American great Serena Williams, 38, has yet to decide whether she will participate too.

A total of 11,500 fans will be able to attend each day of the two-week tournament at Roland Garros from 27 September, split into three zones around the venue’s three courts.
The event was moved from May to September because of the coronavirus pandemic.

Spectators will be given tickets for one of the three zones and have to stay in that area during the day, while the wearing of face coverings will be mandatory for everyone over the age of 11 and players and personnel will be regularly tested.

France, like several European countries, is experiencing a rise in Covid-19 infections.