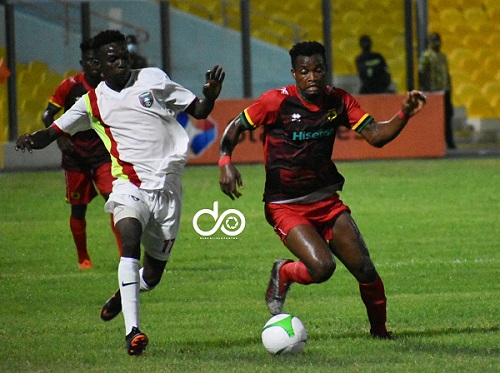 Day One of the 2020/21 Ghana Premier League season ended on Monday with WAFA still the only side to have secured a win on the opening round of matches.

The week ended with both Liberty Professionals and Inter Allies drawing their home games against Bechem United and Dreams FC respectively.

George William Ansong gave Liberty Professionals an early lead in the 16th minute but Bechem United crept back into the game and fought for a point with Steven Owusu slotting in a 55th minute equalizer.

The second match of the day between Inter Allies and Dreams saw lots of action and delightful football from both sides yet the game failed to record any goal.

WAFA’s 4-3 win over King Faisal was the only game that recorded a win on the opening day with 7 games ending in draws.

The opening round of matches for the season saw a total of 23 goals scored.

The GPL returns next weekend with another round of exciting matches across the country.

Here is a quick round-up of the results on Day One of the season: