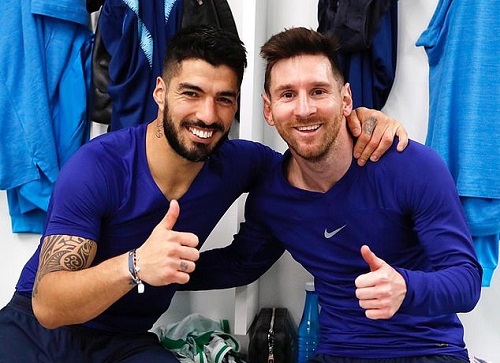 Lionel Messi has fired another shot at Barcelona as the Argentine superstar bid an emotional farewell to team-mate Luis Suarez, after the striker left the club to join rivals Atletico Madrid.

Messi was embroiled in a transfer saga with the Catalan club this summer as the 33-year-old sought to trigger a clause in his contract that would allow him to walk away for free, ending a near-two decade spell with the club.

The Argentine eventually waved the white flag in his pursuit of an exit, so as to avoid a huge legal battle with the club who disputed the eligibility of the clause.

Barcelona, however, saw no issue in allowing Suarez to leave for free, though, with new boss Ronald Koeman deeming the Uruguayan had no future with the club moving forwards. 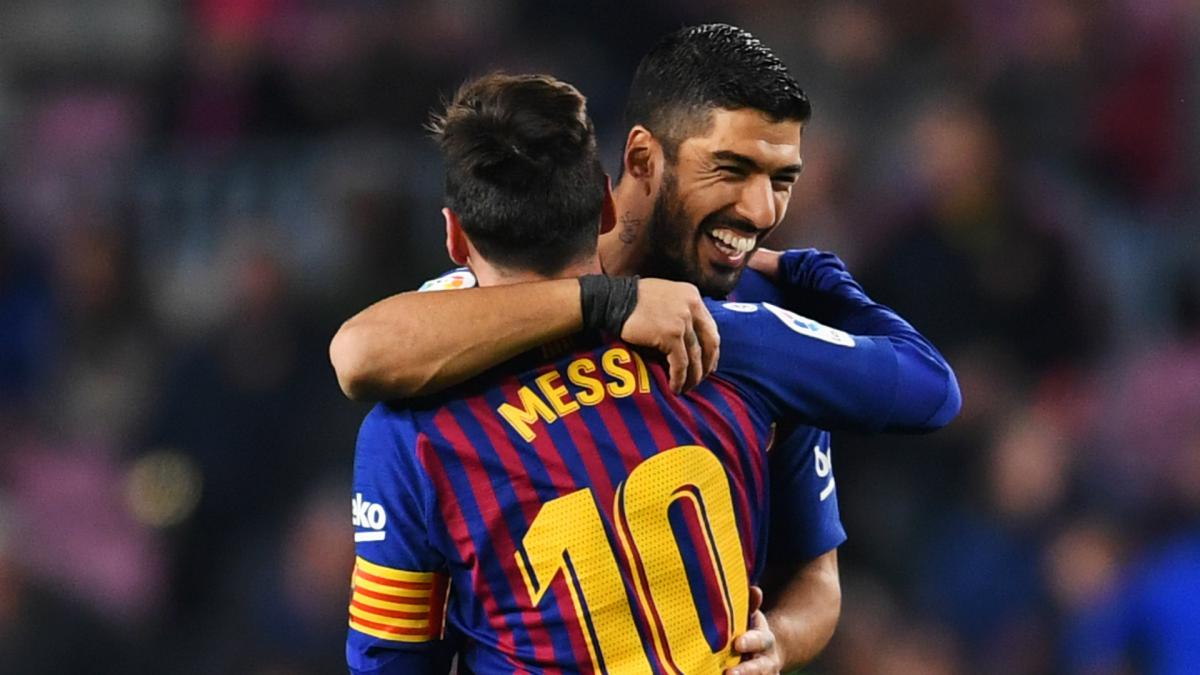 Suarez and Messi have formed a formidable partnership both on and off the pitch since his arrival from Liverpool in 2014, and the maverick striker's departure comes as another blow to one of the game's greatest players.

READ ALSO: Barca directors 'threaten to quit' after they agree to sell Suarez to Atletico Madrid

And Messi has taken to Instagram to bid farewell to his attacking partner, before taking another dig at the club's hierarchy.

'I was already getting the idea but today I entered the locker room and the card really fell,' he wrote. 'How difficult it is going to be not to continue sharing the day to day with you, both on the courts and outside.

'It will be strange to see you with another shirt and much more to face you. You deserved to be fired for what you are: one of the most important players in the club's history, achieving important things both as a group and individually.

'And not to get kicked out like they did. But the truth is that at this point nothing surprises me.'

Suarez said goodbye to the club after six years at the Nou Camp on Thursday, as he broke down in tears in another emotional farewell, with team-mates Messi, Jordi Alba, Gerard Pique, Sergi Roberto and Sergio Busquets watching on.

The Uruguayan kept his counsel for the most part, with president Bartomeu sat beside him, but he condemned lies and leaks that had a negative effect on his final weeks at the club.

He referenced the club's faith in still signing him from Liverpool in the summer of 2014 despite his bite of Giorgio Chiellini at the World Cup, which led to a four-month ban from all football activities.

He only got as far as 'I want to thank,' before he had to stop to compose himself.

He then thanked the club saying: 'They knew I had come from making that mistake (the World Cup bite) and they still wanted to support me and bring me in.

'It was a dream for me to play at the best club in the world. I have made many friends too so that also makes me very happy.

'It's a player leaving but it is also a human being with feelings who goes. I want to remember all the nice moments, the titles, the goals and the chance to play with the best player in history.'

When asked if he had any regrets over the fallout that has led to him leaving for Atletico Madrid, Suarez gestured in the direction of Bartomeu and said: 'For me or for …'

There have been murmurings that the decision to part ways with Suarez was taken by the board, not Koeman. The former Liverpool star insisted that the club needed a change of direction.

'The club needed changes and the coach didn't count on me. I want to show that I can still perform at a high level.

'When the coach told me I knew because it was already done.

'It was a crazy month. Things have been invented and leaked, there are things that leave you feeling indignant.

'I'm joining Atletico Madrid with a lot of excitement, but I still haven't thought about what it will be like to play against Barcelona. I haven't fully digested it yet.'

Suarez insisted that his exit hadn't been met with agitation on the part of his friend Messi.

'Leo knows what I think and I know what he thinks,' he added. 'We are old enough to give each other advice. Leo felt strange because I'm going to a direct rival, but nothing will change our relationship.

'It starts to feel a bit strange because I'm going and I'm going to a rival but we have faced each other in Argentina v Uruguay games.'

Suarez's exit had been met with a scurry by a number of European clubs to land the striker, with Juventus the front runners and the 33-year-old bound to head for Turin.

But things took an unexpected turn, with Suarez's move to Juventus scuppered by Serie A's stricter rules on players being registered as European.

Atletico Madrid swooped for the star striker, with Diego Simeone a huge fan of Barcelona's forward.

Bartomeu attempted to move the goal posts in a last ditch effort to stop Suarez from joining a rival, attempting to add Atletico to a list of banned clubs, which were thought to include PSG and Manchester City.

However, Atletico managed to get a deal over the line, announcing on Thursday that Suarez had joined the club.

'I am very proud of six spectacular years,' Suarez continued. 'I have lived so many special memories. Winning the first league was incredible. I became team-mates with players I had previously played on the playstation.

'I still feel like I can compete. I am going the way I'm going. I will have new targets.'

Suarez helped the club win four LaLiga titles, four Copa del Rey crowns and the Champions League in 2015. He scored 195 goals and provided 113 assists in 283 outings for the club.