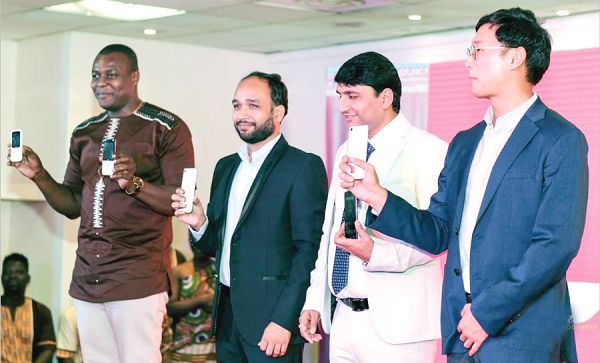 Lava Technology, an Indian mobile phone company, has introduced its operations in Ghana with a pledge to take 20 per cent of the market by the end of 2020.

It plans to use both online and offline channels to help Lava penetrate the market in Ghana with those already operating in that space.

The entrance of the Indian mobile phone giant into the Ghanaian market follows a successful entry into the African mobile market through Egypt.

The Country Manager of Lava Technologies, Mr Rahul Kumar Singh, in an interview with the media after the launch on January 24, 2019 in Accra, stated that it would deliver valuable and reliable, yet affordable range of mobile technology to revolutionise the Ghanaian market.

He stated that the company intended to use affordable price and quality as its competitive edge in the market.

He said the Ghanaian market, like other African countries, had a big potential for the mobile phones market.

He observed that plans were underway for the company to enter other African countries such as Nigeria, Kenya, Tanzania, South Africa, Cote d’Ivoire, Uganda, Ethiopia and Morocco.

He said Lava Technologies was hopeful that by the year 2020, it would take 20 per cent of the Ghanaian mobile phone market.

Mr Verma said he had the full confidence that as people began to use Lava phones, their confidence level would be boosted, hence they would become the company’s brand ambassadors.

“The vision of Lava is to make valuable technology accessible to people and empower them to do more using their mobile phones.

In the last nine years, we have travelled this journey of making this possible and today, we can promise the most trustworthy products and the most reliable user experience to our customers,” he added.

Unlike many manufacturers that outsource the production of their products, Lava has Research and Development Centre and manufacturing units based in India, which produces highly reliable products and services.

Indian companies have demonstrated their dominance in the field of technology in the last two decades and have evolved their ecosystem in a way that they are now positioned to deliver some of the most advanced and high-quality technological products to the world.

Today, India is the second largest source of computer software in the world after the United States.

About 40 per cent of the software used today in mobile phones is being developed in India.