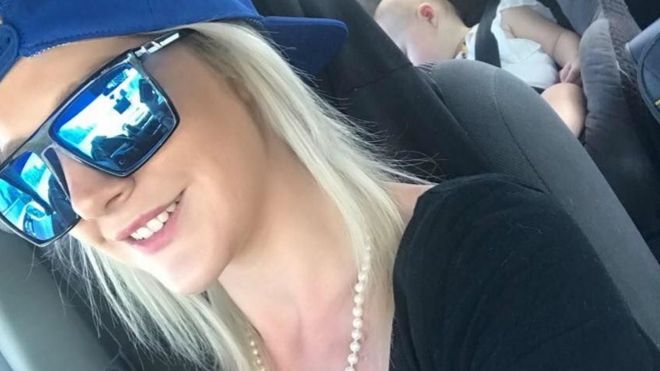 A mother in Australia has been charged with murder after her two children were found dead in a hot car.

The two children, aged one and two, were found unresponsive by officers in Queensland on Saturday. It is unclear how long they had been inside the car.

The two girls showed evidence of being exposed to extreme heat, a police officer said.

Temperatures at the time they were discovered in the vehicle, in a town near Brisbane, was about 31C (88F).

Their mother, Kerri-Ann Conley, 27, is the first person to be charged with murder after Queensland state expanded the definition of murder to include "reckless indifference to human life".

She was also charged with possessing drugs and utensils or a pipe, ABC reports.

Queensland State Premier Annastacia Palaszczuk described the children's' deaths as "an absolute tragedy" and said the Department of Child Safety would review the case.

"I was heartbroken when I heard about it," she added.

She added the children were known to the Department of Child Safety.

Keep a teddy bear in the car seat when it is empty, then when you put your child in the seat, move the toy to the front seat
Put a shoe or mobile phone in the seat with your child
Put the car seat on the passenger side of the back seat
Look in the front and back seats when you lock the car
Ask your partner to call to check you dropped your child off at nursery
Source: Kids Safe Worldwide

Queensland police were called to the vehicle along with paramedics, who tried to revive the sisters, but the two girls were declared dead at the scene.

Tributes to the children have been left outside their home in Logan, south of Brisbane.

Detective Mark White says a witness has come forward and is helping police with their investigation.