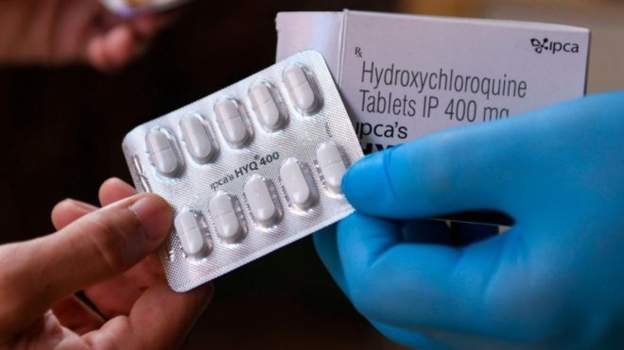 The number of people infected worldwide has now reached five million, according to data collated by Johns Hopkins University.

The number of deaths caused by the virus currently stands at 328,172 deaths.

A trial to see whether two anti-malarial drugs could prevent Covid-19 has begun in Brighton and Oxford.

Chloroquine, hydroxychloroquine or a placebo will be given to more than 40,000 healthcare workers from Europe, Africa, Asia and South America.

All the participants are staff who are in contact with Covid-19 patients.

"We really do not know if chloroquine or hydroxychloroquine are beneficial or harmful against Covid-19," said one of the study's leaders, Prof Nicholas White.

But, he said, a randomised controlled trial such as this one, where neither the participant nor the researchers know who has been given the drug or a placebo, was the best way to find out.

It comes after US President Donald Trump said earlier this week that he had been taking the controversial drug, despite warnings that it could be unsafe.