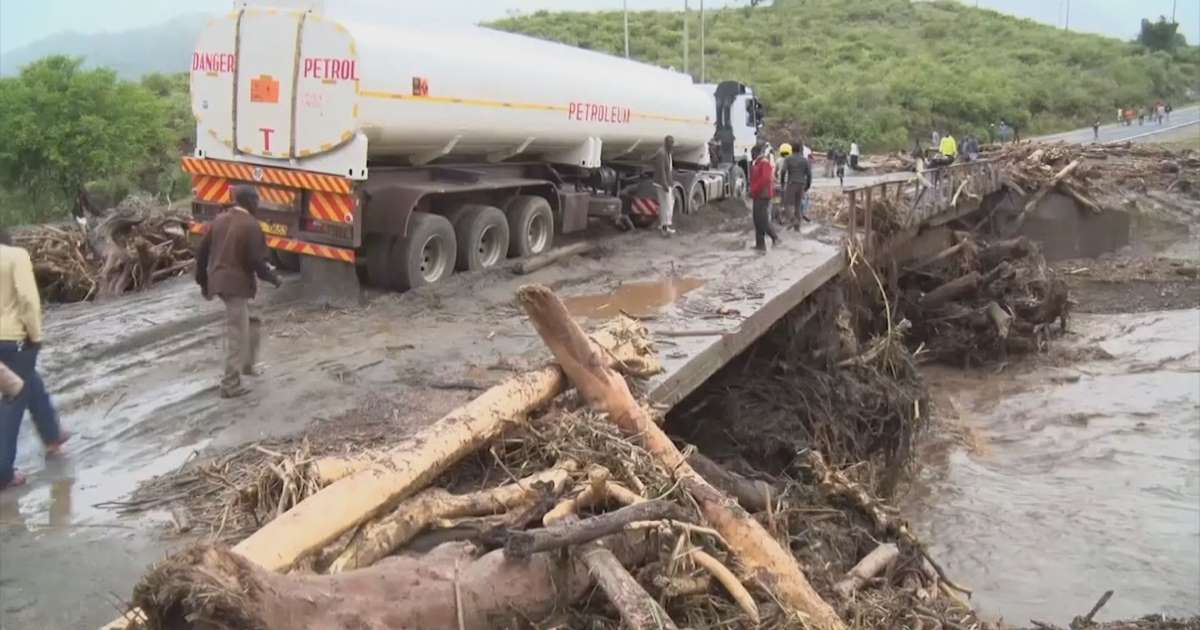 The death toll from landslides in northwestern Kenya triggered by unusually heavy rains rose to at least 60 on Sunday, according to Kenyan authorities.

Downpours began on Friday in West Pokot county which borders Uganda and worsened overnight causing flooding and mudslides that swept away four bridges and left villages inaccessible by road.

An official from the West Pokot county government said 53 people died, mostly in mudslides. She said seven people were reported missing. The official requested anonymity because she was not authorised to speak to the media.

Officials say another five people were swept away while travelling in a car. Two other people were killed after they drowned when a river burst its banks.

Peter Abwao from the Red Cross told Al Jazeera their teams at one point walked more than four hours to reach some villages in the county.

Rescue personnel were deployed including from the army and police to try and prevent the "further loss of lives", Kenya's president said.

"The national government has said it has sent multiple agents to help with the retrieval efforts, but so far the people we have spoken to have said they have not been able to reach ground because a lot of the bridges have been swept away," said Al Jazeera's Evelyn Kahungu reporting from West Pokot.

"Close to 5,000 families have been displaced by the flash floods", she added - and a "majority of those who died are believed to be buried in the rubble and mudslide".

Heavy rains and floods have forced hundreds of thousands of people from their homes in the region since October, aid groups said earlier this month.

"The meteorological department has been warning that we should expect rains of 44 millimetres [1.7 inches] in the next three weeks, which will cause a lot of flooding across parts of Kenya, especially the low-lying areas," Kahungu reported.