France goes to the polls to elect new President 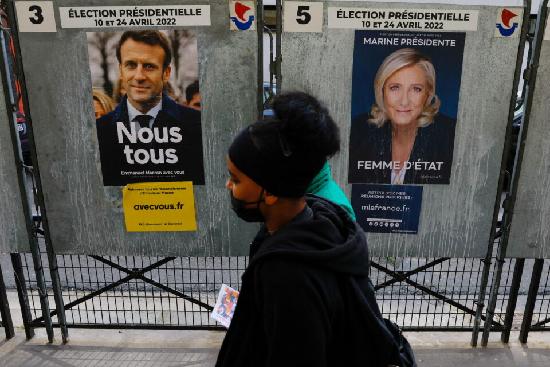 Polls are open in France for a presidential election that has been characterized by demagoguery and a lack of a political agenda.

Incumbent Emmanuel Macron, seeking a second term, seemed like a runaway for most of the campaign, banking on his “statesman” role in the Russia-Ukraine war.

If he were to succeed, he will become the first president in 20 years, since Jacques Chirac, to do so.

But that view is no longer on solid ground as his rival, far-right leader Marine Le Pen – praised by many for leading a strong campaign and refashioning herself into a ‘moderate’ politician – has in the last few days gained on Macron.

Le Pen, in stark contrast to Macron, has embarked on a campaign trail that has largely focused on domestic issues, particularly on purchasing power, which voters said was their primary concern.

The two frontrunners will head into the second round of elections on April 24, a repeat of the 2017 elections that Macron won by a landslide.

For Francoise Boucek, a visiting research fellow and associate of the Centre for European Research, the two-week period following the first round will be highly significant.

“It’s interesting to see the repositioning that is required right after the first round, in a matter of hours,” she said. “The other parties will have to mobilize their leadership and decide what to do and what to advise their voters.”

Boucek said that the “fed up with politicians” attitude is a concern for the candidates but particularly worrying for far-left candidate Jean-Luc Mélenchon, who is polling in third place.

“On the assumption that it’s Le Pen versus Macron, who is Mélenchon going to counsel his voters to support?” she asked. “He’s been going after Macron, criticizing him all along.”

According to Boucek, the suspense might incentivize voters to participate even more in the second round, especially as abstention is projected to hit a record high.

“In the past few weeks, especially over the past few days, things have turned around quite a lot,” she said. “It’s been a slow start but an exciting finish.”

Some 48.7 million voters are registered across France to cast ballots.

Analysts fear that the 2002 record of French voters boycotting a first round – 28.4 percent – risks being beaten, with the 2017 absentee rate of 22.2 percent almost sure to be exceeded.