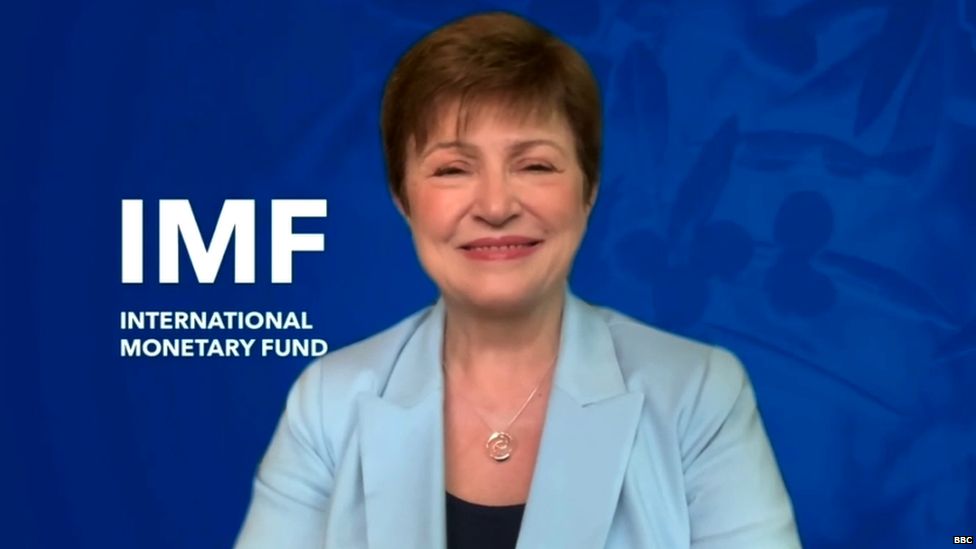 Governments need to subsidise the cost of food and energy for the poorest members of society, the head of the International Monetary Fund (IMF) has told the BBC.

People around the world are struggling with the rising cost of living.

Kristalina Georgieva said support needs to be provided "in a very targeted manner, preferably by providing subsidies directly to people".

Many governments are providing some help but critics argue it's not enough.

When it comes to the cost of living crisis, Ms Georgieva said: "There are two priorities, one the very poor people, segments of society that are now struggling with high food and energy prices".

The second, she added, is to support those businesses that have been "most damaged" by the war in Ukraine.

The IMF's role is to work with governments to stabilise the global economy and enhance prosperity.

However, that's proving challenging because food prices have hit record highs this year, whilst oil and gas prices have also risen sharply.
This is largely because of the twin shocks of the coronavirus pandemic and the war in Ukraine. Between them Russia and Ukraine are major exporters of crops and hydrocarbons. 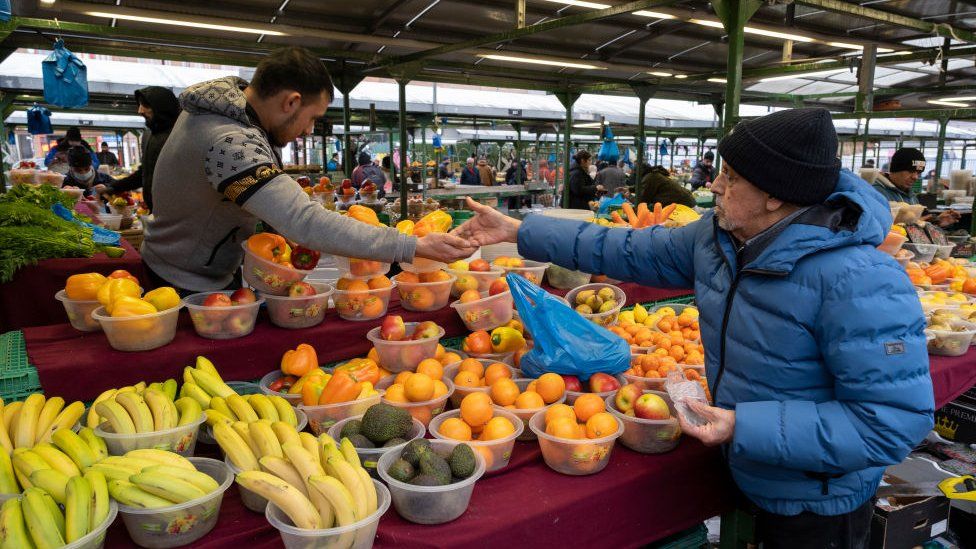 Recession fears
The importance of these commodities to the global economy has led the annualised inflation rate to reach its highest point in decades in many countries: 9% in the UK, 8.3% in the US and 7.4% in the Eurozone.

Central banks are lifting interest rates to try and slow the increase in prices, which has led some influential figures such as Goldman Sachs' Lloyd Blankfein to warn of the risk of recession.

Ms Georgieva is concerned about the impact those higher borrowing costs will have on governments who have to repay huge debts they took on to get through the pandemic.

She said governments needed to be "very careful" about how much money they spent and what they spent it on.

The problems of falling living standards was at the top of the agenda at this week's meeting of G7 finance ministers in Germany. 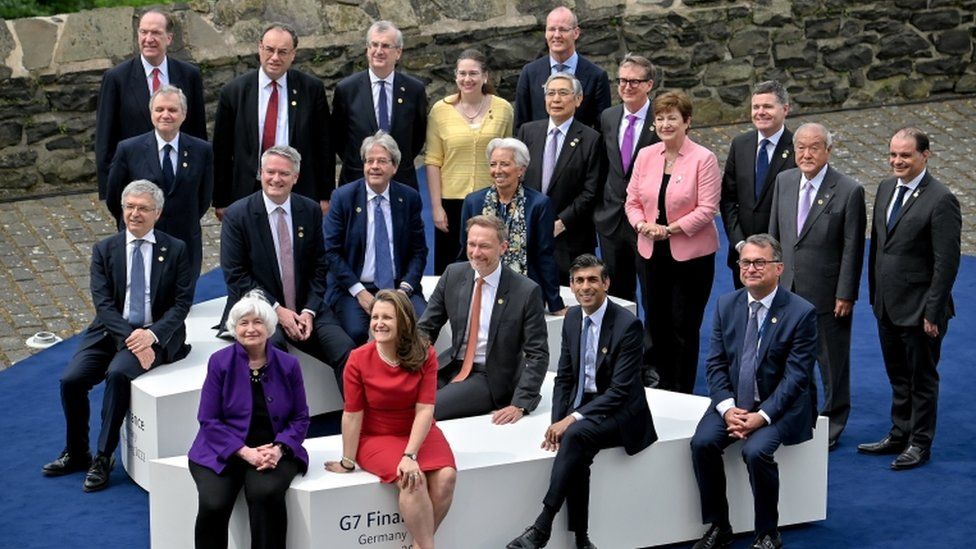 The meeting of seven wealthy countries ended with a pledge to "continue to work together to minimise the impact of the war globally as well as on our own economies and population by providing well-targeted support, where necessary".

Over the last few months governments have made a range of interventions to try and lower the cost of living.

In the US President Biden has released oil from reserves to try and bring prices down, Spain and Portugal have capped gas bills and it's a leading issue in Australia's election.

In the UK Chancellor Rishi Sunak has made some tax changes and is considering a windfall tax on the soaring profits of energy companies.

Ms Georgieva is concerned that without the correct government support the protests seen in Sri Lanka could be repeated in other countries.

Sri Lanka's economic crisis, exacerbated by rising prices, has led to deadly riots, a new prime minister and a first ever default on its debts.

The IMF boss said such similar unrest before the pandemic, from France to Chile, was caused by "a sense of inequality growing" and decisions being made without the support of the people.

"If we are to learn any lessons from 2019 if is to be much more humble about policy decisions, and engage in multiple ways with people, because policies must be for people, not the paper we write them on," she said.

Feeding the world
A group of international development bodies including the IMF and World Bank this week launched a major plan to try and tackle food insecurity around the world.

It was spearheaded by US Treasury Secretary Janet Yellen, who said it was necessary because: "There's a very real risk that soaring global market prices of food and fertiliser will result in more people going hungry."

Ms Georgieva said that while there is plenty of food, it is not evenly distributed.

The solutions, she said, are growing more crops where possible but also a greater focus on agricultural productivity, "not only because of the war, but because of climate change".

She added: "Trade needs to be retained open, we should not have a situation in which countries hold on to food more than they need and create all kinds of barriers for moving it from one place to another."

India is the world's second biggest wheat producer but has banned exports, just as other countries were looking for it to make up some of the shortfall from Ukraine's inability to ship its produce. Narendra Modi's government says that ban could be revised at some point.

"I would really beg them to reconsider, that is such a difficult moment for the world," Ms Georgieva said.

"I understand they need to feed their people. They have 1.4 billion of them, but let's all act in a collaborative manner because only if you do [that, do] we have a chance to overcome this crisis."