Killer claims his life sentence is served because he briefly died 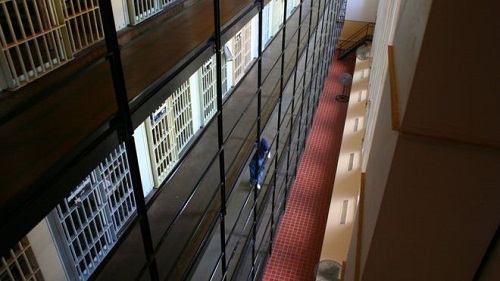 Benjamin Schreiber, not pictured, is serving a life sentence for bludgeoning a man to death in 1996.

A court in the US has refused to release a convict who argued that he had completed his life sentence when he briefly "died".

Benjamin Schreiber, 66, was sentenced to life without parole in Iowa for bludgeoning a man to death in 1996.

He said his sentence ended when his heart stopped during a medical emergency four years ago, even though he was revived.

But judges said Schreiber's bid - while original - was "unpersuasive".

They said that he was "unlikely" to be dead, as he had signed his own legal documents in the case.

In 2015, Schreiber developed septic poisoning as a result of kidney stones. He had to be resuscitated by doctors in hospital, but fully recovered and was returned to prison.

In Schreiber's claim, filed last year, he said that he had been resuscitated against his will, and that his brief "death" meant that his life sentence had technically ended.

The district court ruled against Schreiber - a decision his lawyer took to the state's court of appeal.

On Wednesday, the appeals court upheld the lower court's ruling. It added that his sentence would not end until a medical examiner formally declared him dead.