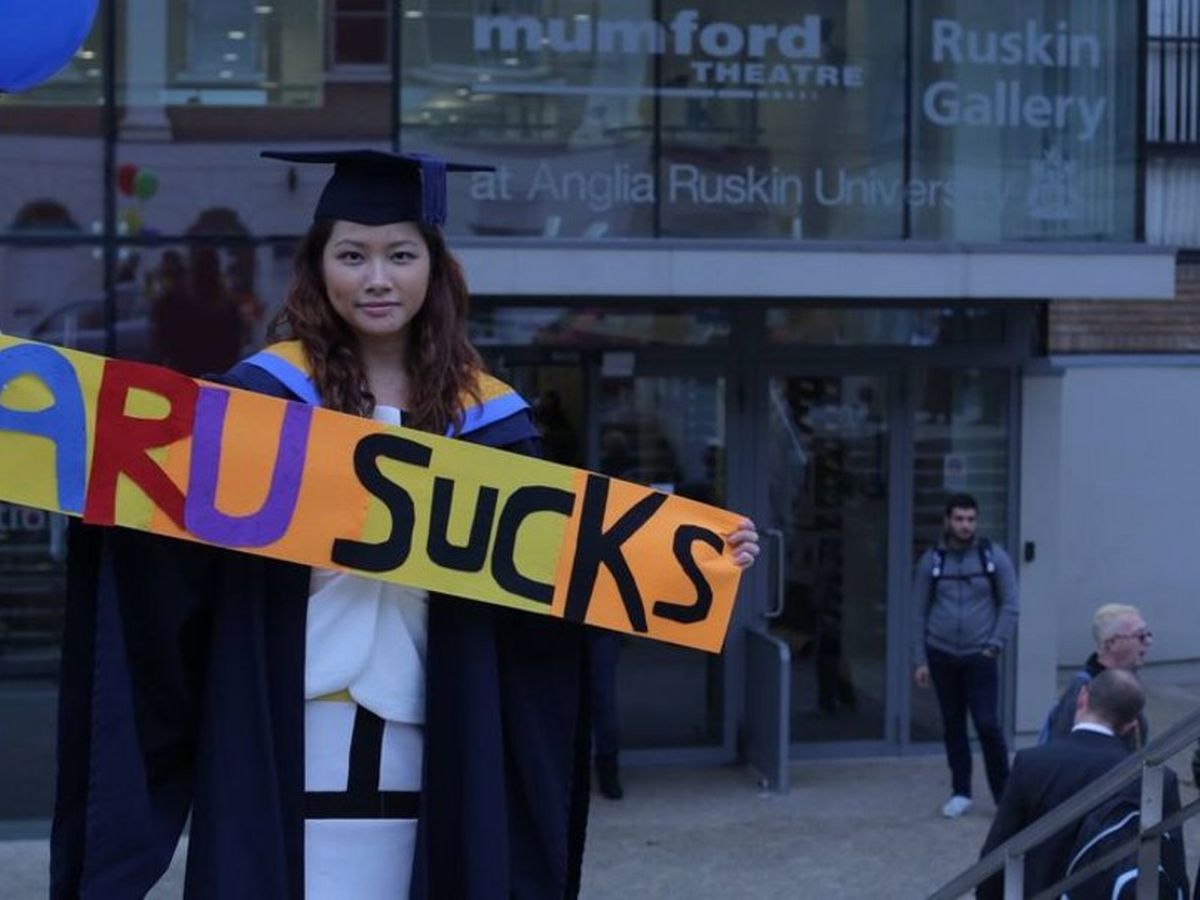 A graduate from Anglia Ruskin (ARU) has won a £61K payout from the university after claiming her first-class degree hasn't got her a job.

Pok Wong, 30, graduated from ARU with a degree in International Business Strategy Management in 2013 - but sued the university after complaining it 'fraudulently misrepresented' the course.

Ms Wong, who claimed her degree was a "Mickey Mouse degree", felt claims in the university's prospectus that it was a 'renowned centre of excellence' that offered a 'high quality of teaching' were untrue.

Anglia Ruskin University, which is based in Cambridge, strongly disputed the allegations but has now agreed to pay her a £15,000 out-of-court settlement plus £46,000 towards her legal fees.

Ms Wong, who is now based in Hong Kong, had been looking for £60,000 in damages plus her legal fee.

She told The Sunday Telegraph: "The payout means this is a victory for me, despite the university strenuously fighting my case and denying any responsibility."

She added: "In light of this settlement I think universities should be careful about what they say in prospectuses.

"I think they often make promises which they know will never materialise or are simply not true."

In an interview last year, she said: "Although I graduated with a first-class degree in 2013, it is a Mickey Mouse degree."

What does ARU have to say?

An ARU spokesman, however, said Ms Wong's lawsuit had never been upheld.

Rather, she was ordered to pay costs to the university after the court ruled against her in 2017 and 2018.

But after the hearing, the insurer's solicitors offered to settle Ms Wong's claim against the wishes of the university.

A spokesman told Cambridgeshire Live: "Ms Wong’s long-running litigation against the university has been rejected numerous times and has never been upheld.

"Her complaints have also been rejected by the Office of the Independent Adjudicator and by the Information Commissioner’s Office.

"In 2017 the Central London County Court ruled against Ms Wong ordering her to pay the university £4,000 costs, and in 2018 the court struck out her claim of false advertising and ordered Ms Wong to pay further £13,700 costs.

"Following the hearing, without reference to the university, our insurer’s solicitors wrote to Ms Wong offering to settle her claim for £15,000 plus payment of her legal costs.

"We do not support their decision and have informed them that we consider that they acted negligently and against the university’s interests."