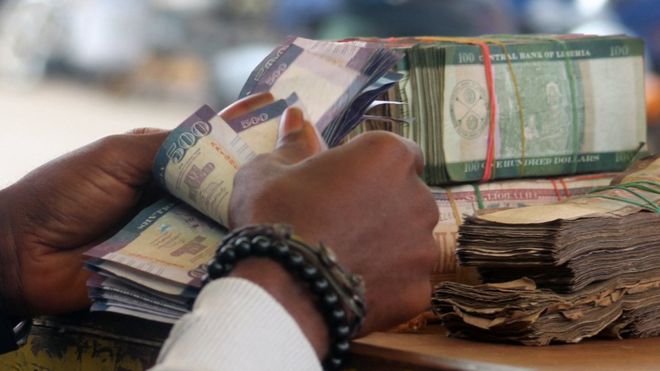 Liberians are stuck in long queues at cash machines as many have run out of bank notes.

Customers trying to get money at bank counters have also complained they can't get Liberian dollars.

The ministry of finance says there is not sufficient money in the vaults of commercial banks because people are keeping money at home - something observers say is motivated by a lack of confidence in the banks.

Liberia has had a problematic recent history with bank notes.

In 2018, millions of dollars of freshly printed bank notes had been reported as going missing in between the port and the central bank. Although an investigation found no evidence of this, it did find that more than 10 billion Liberian dollars had been printed without the necessary authorisation.

The economy is struggling. The cost of living has increased as inflation has soared and the Liberian dollar has reached its highest ever price against the US dollar, making imports more expensive.

This prompted protesters to hit the streets earlier this year.