Man jailed 341 years for having sêx with kids, wife, ex-wife and dog 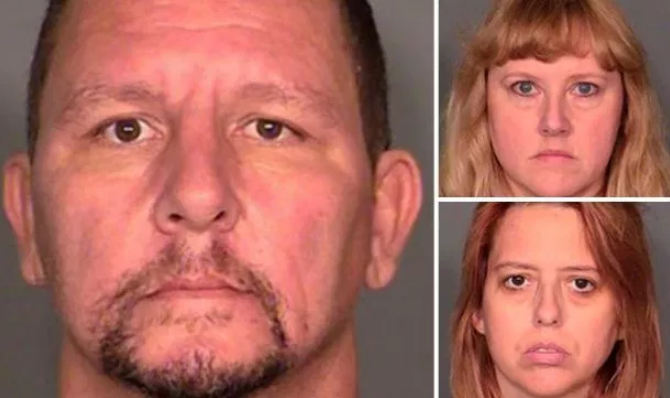 Man jailed 341 years for having sêx with kids, wife, ex-wife and dog
Shares

A dad who forced his children to have sex with him and their family dog for 12 years has been handed 54 life sentences.

Christopher Sena, 52, from Las Vegas, America, recorded videos of some of the horrific acts, which were shown to the jury at his trial.

His ex-wives Deborah Sena, 53, and Terrie Sena, 48, have also been sent to prison for a minimum of 10 years each for being 'willing participants' in the abuse.

Sena recorded his children having sex with him, their mum and step-mum against their will, according to reports.

His crimes were described as 'highly selfish' and 'very perverted' by Judge William Kephart, the Metro reports.

The dad, who has been in jail since 2014, was convicted earlier this year and has only now been sentenced.

During his trial, prosecutor James Seetin said: "‘This was all done without concern for the children or anyone else.

The Las Vegas Review Journal reported that one of his victims, now an adult, said she suffered years of 'evil' abuse 'all for his selfish desires'.

She reportedly told the judge she was trying to move on with her life and had recently graduated from university.

The victim added: “I was just an object for him to do awful things to because there was no one there to tell him otherwise.

"It was better without him in my life.”

Sena's crimes were uncovered in 2014 after a SWAT raid on his trailer.