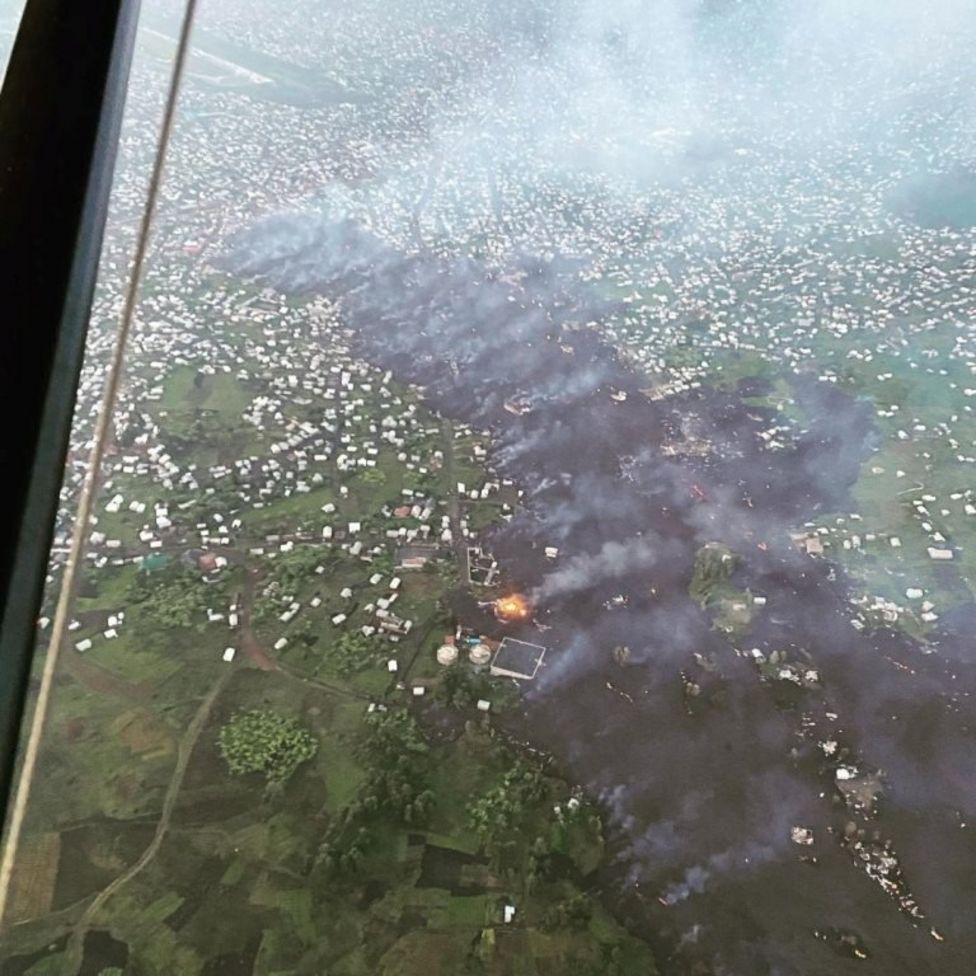 Residents in the Democratic Republic of Congo have returned to destroyed houses after a large volcano erupted, with many searching for missing loved ones.

Mount Nyiragongo turned the sky red and spewed out a river of lava on Saturday, but stopped short of Goma, a city of two million just south of the volcano.

At least 15 deaths have been confirmed, but the number is likely to rise as officials reach the hardest-hit areas.

Nine of the victims died in a traffic accident as people fled.

Four others were killed as they tried to escape a prison while two were burned to death, government spokesman Patrick Muyaya said on Sunday. 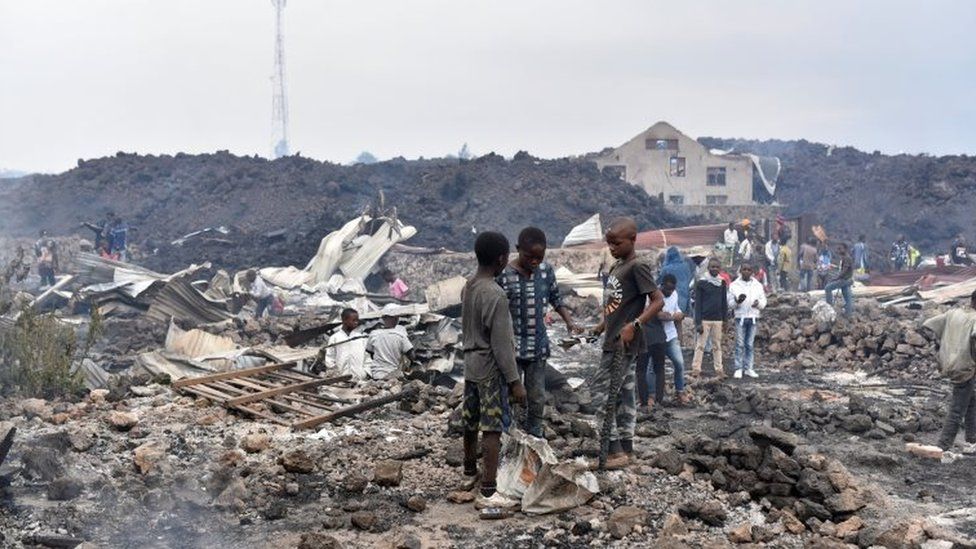 More than 170 children are feared to be missing and 150 others had been separated from their families, according to Unicef, which said centres would be set up to help unaccompanied minors.

The lava halted near Buhene district, on the outskirts of Goma, burying hundreds of houses and even large buildings. Reconstruction efforts are likely to take months.

Elsewhere, lava crossed one highway connecting Goma to the city of Beni, severing a key aid and supply route. However, the city's airport was untouched, despite earlier reports that it had been affected.

But seismic tremors had been felt in the aftermath, Mr Muyaya said. "People are advised to remain vigilant, avoid non-essential travel, and follow directions," he tweeted.

Residents started leaving their houses even before the government announced an evacuation plan. At night, crowds were seen fleeing on foot with mattresses and other belongings.

Rwandan authorities said more than 3,000 people had officially crossed from Goma. Some started to return on Sunday. Others went to higher ground to the west of the city. 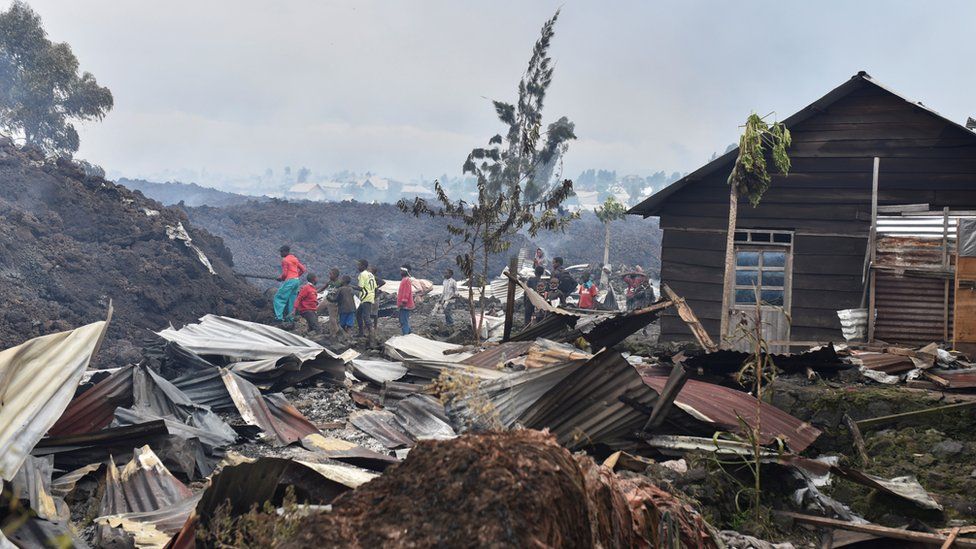 One Goma resident, Richard Bahati, said he was in his house when he heard screaming and became extremely worried as he saw the sky reddening outside.

"I lived through the problem with this volcano in 2002. The volcano devastated all our homes and possessions," he said.

A local trader, Kambere Ombeni, was among those who returned to the scene as the rubble still smouldered. "We watched the whole neighbourhood in the Nyiragongo territory go up in smoke. The fire came right down to here. Even now we can still see lava," he said.

Another resident, Irene Bauma, said people would need help from the government to rebuild their lives.

"There's land, people, a population that has lost everything, maybe there are also deaths, who knows? We are asking the government to come and help the survivors of this eruption."

Tom Peyre-Costa, from the Norwegian Refugee Council in Goma, told the BBC how the scene had unfolded.

"The lava was pretty slow, like, 1km/h, but it didn't stop.... It started burning the houses," he said, adding that humanitarian organisations were already trying to address people's needs.

Mount Nyiragongo is one of the world's more active volcanoes but there were concerns that its activity had not been properly observed by the Goma Volcano Observatory, since the World Bank cut funding amid allegations of corruption.

Professor Mike Burton, a volcanologist at the University of Manchester in England, told the BBC that the lava in Mount Nyiragongo is particularly fluid and has the potential to move fast.

In a report on 10 May, the observatory warned that seismic activity at Nyiragongo had increased.

Last year, the observatory's director, Katcho Karume, told the BBC World Service's Science in Action that the volcano's lava lake had been filling up quickly, increasing the chances of an eruption in the next few years. But he also warned that an earthquake could trigger a disaster earlier.

The volcano's deadliest eruption happened in 1977, when more than 600 people died.