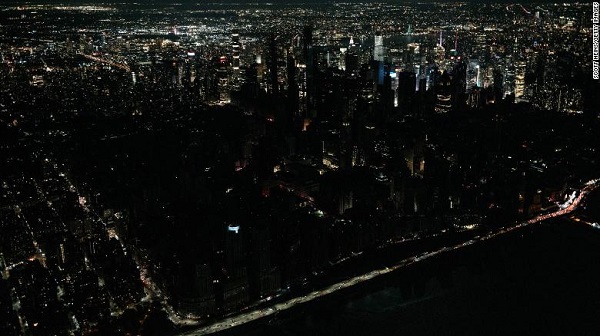 New York, a State in the USA on Sunday, July 14, 2019, suffered an unexpected power outage which is popularly called 'Dumsor' in Ghana.

The outage which was referred to as 'unacceptable' by the Governor of the State left parts of the city in darkness for hours, leaving thousands trapped in subway cars and elevators, and people guiding traffic at intersections.

The outage started Saturday evening and the lights were back on shortly after midnight, officials said. It mostly affected midtown Manhattan and parts of the Upper West Side. No injuries were reported.

People spilled out into the streets as lights suddenly dimmed at Broadway shows and speakers fell silent at Jennifer Lopez's concert. Even the flashing lights at the iconic Times Square went dark, leaving the area surrounded by the glow of cellphones taking photos of the surreal scene. 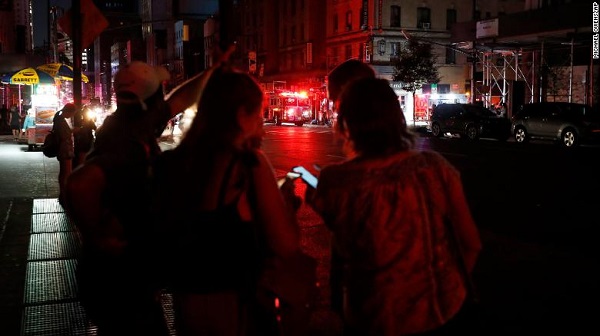 Lopez said she was disappointed she had to cancel her concert on her second night at the Madison Square Garden. She rescheduled it for Monday night.

"I'm devastated and heartbroken right now," she said. "I just don't even know what to say. ... Obviously it was beyond all our control." 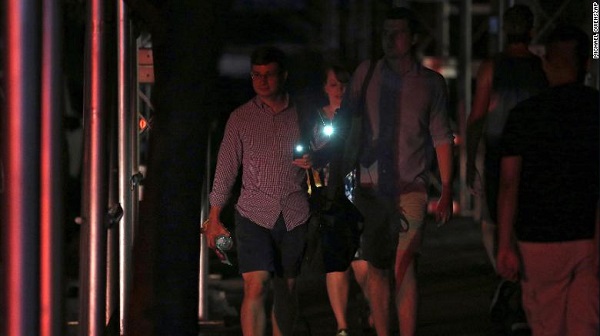 When the lights flicked back on, crowds erupted into cheers in some places.

Hours of darkness
At the height of the outage, 72,000 customers were in the dark, utility company Con Edison said. It had given a preliminary number of 73,000 -- but lowered it early Sunday. Power started trickling back on just before 10 p.m., it said. Gov. Andrew Cuomo asked people to stay indoors despite the full restoration.

"While power has been restored, there are still some traffic signals that are out, so we would not encourage New Yorkers to go out if you don't have to go out," he said.

The governor said the outage is not an infrastructure issue. "We were lucky tonight," he added.

Cuomo described a power outage of this magnitude as unacceptable, and said he's called for a full investigation into the cause. He applauded residents for keeping their cool.

"This could have been much worse. When you're talking about a city like New York with a significant piece of the city, basically suffering a blackout, that could be a very chaotic situation. We saw the exact opposite, actually. We saw New Yorkers at their best."

"I know how tricky it is when it comes to that intersection and I just saw in my mind car accidents, people getting hit, people screaming," she said. "So I felt like I should have just tried."