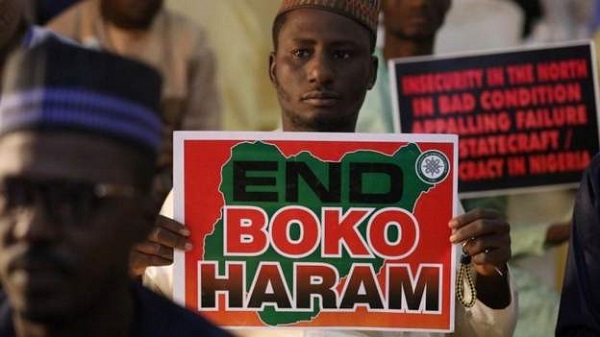 Boko Haram has engaged a decade-long campaign of terror
Shares

It said 28 militants were also killed in the airstrike carried out on 3 August in the north-western Borno State.

The BBC has not been able to independently verify the report.

Modu is alleged to have coordinated Boko Haram attacks in Nigeria, Niger, and Cameroon from caves in Mandara mountain.

The Nigerian government says that the military has recorded significant success in the fight against Islamist militants, including the voluntary surrender of thousands of militants in the north-east.