Philippines sends tonnes of rubbish back to Canada 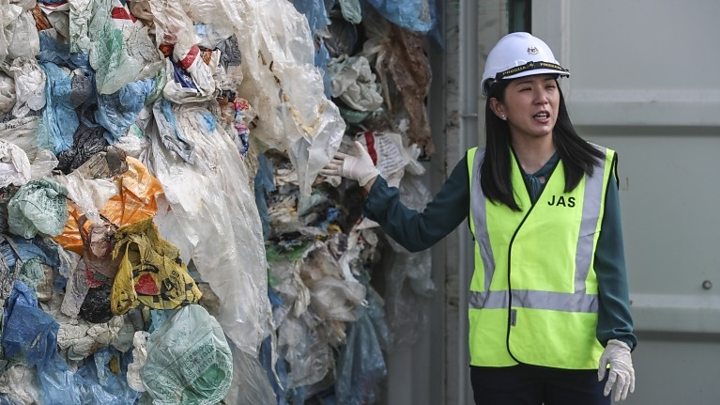 The waste material was supposed to be recyclable but was found to contain items including soiled nappies.

The Philippines has sent tonnes of rubbish back to Canada, after a weeks-long diplomatic spat that saw President Rodrigo Duterte threaten to "sail to Canada and dump their garbage there".

The Philippines says the rubbish was falsely labelled as plastic recycling when it was sent to Manila in 2014.

Canada has agreed to cover the full cost of its transfer and disposal.

Some 69 containers of refuse were sent back in a cargo vessel that set sail from Subic Bay, north of Manila.

"Baaaaaaaaa bye, as we say it," Philippine Secretary of Foreign Affairs Teddy Locsin Jr wrote on Twitter on Friday morning.

The minister, who is known for his rambunctious tweeting style, posted pictures and video of the ship leaving port.
The roughly 1,500 tonnes of repatriated rubbish will be shipped to the Canadian city of Vancouver, arriving before the end of June, to be treated at a waste-to-energy facility there.

"This is a demonstration that we're going to comply with our international obligations to deal with waste that originates in Canada," Sean Fraser, Canada's parliamentary secretary to the environment minister, told the BBC.

He said Canada had moved quickly in recent weeks to deal with the issue, which had dragged on for a number of years after the Philippines government made it "clear this is a very serious priority for them".

A growing number of countries across South East Asia are calling for Western nations to take back rubbish that has been sent to their shores, arguing that some of it was imported illegally.

The amount of rubbish exported by developed countries was revealed after China, which had imported the bulk of it for years, introduced a ban on "foreign garbage".

As a result, the trash - sometimes falsely declared as recyclables - was sent to other developing countries which have now begun to push back. 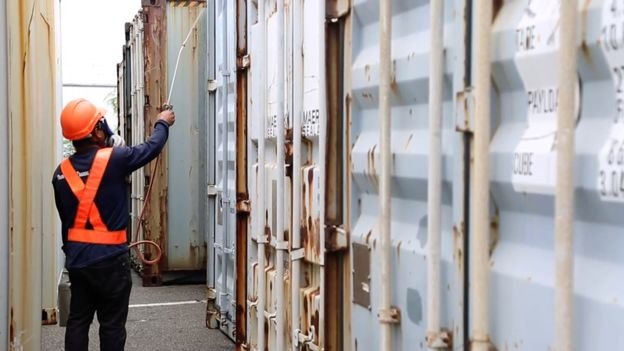 How did the row escalate?
Officials in the Philippines first raised the waste issue with Canada in 2014, saying that containers of mislabelled rubbish had been shipped between 2013 and 2014.

In 2016, a court in the Philippines ordered the rubbish to be shipped back to Canada at the expense of the importer.

That same year, Canada amended its own regulations around hazardous waste shipments to prevent a repeat of the incident.

Earlier this month, Manila recalled its ambassador to Ottawa after Canada missed a 15 May deadline to retrieve the rubbish.

Canada then said it would begin preparations to take the rubbish back.