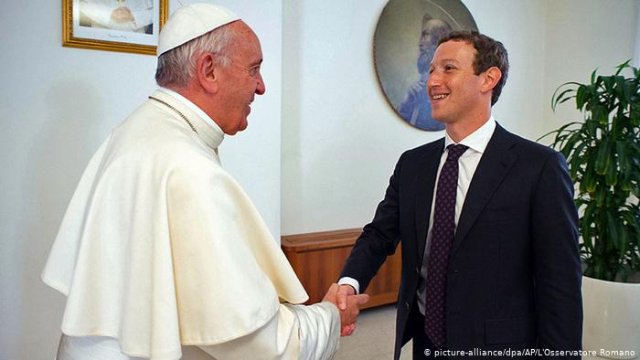 Pope Francis has called on Facebook, Apple, Microsoft and Google, among others, to step up efforts to remove child pornography from the internet.

He also said it is too easy for youngsters to access indecent material.

Pope Francis said Thursday that tech companies, such as Facebook and Google, needed to take action over pornography.

Primarily, he wants preventative measures to be taken so that children cannot easily access pornography, as well as for social media companies, search engines and IT firms to do all they can to remove child pornography from the internet.

"There is a need to ensure that investors and managers remain accountable, so that the good of minors and society is not sacrificed to profit," the pope told religious leaders and high-level tech delegates at a Vatican seminar.

He indirectly dismissed the notion that Facebook and other social media organizations are merely "platforms" for sharing content.

"It is now clear that they cannot consider themselves completely unaccountable vis-a-vis the services they provide for their customers,'' the 82-year-old said. "So I make an urgent appeal to them to assume their responsibility toward minors, their integrity and their future.''

The summit, which is spread over two days, includes guest speakers from Microsoft, Apple, Amazon, Google, Facebook and Paramount Pictures, in addition to officials from the EU and UN. The spiritual leader of the world's Orthodox Christians and the grand imam of the Al-Azhar University in Cairo, are also making speeches at the conference.

Safeguarding children
The Catholic Church is trying to increase awareness about protecting children and technology as part of its response to a string of sex abuse scandals involving priests.

The pope has witnessed at close quarters the damage that has been done to the Vatican's reputation worldwide.

Last year, one of his senior diplomats, Carlo Alberto Capella, was sentenced to five years in prison by a Vatican court for viewing child pornography.

Furthermore, one of Pope Francis' own Argentine bishops was placed under investigation by the church after pornography was found on his cell phone.