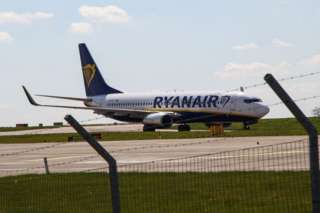 Irish airline Ryanair says it is standing by its decision to make South Africans travelling to the UK take a test in the Afrikaans language.

It defended its position saying airlines operating to the UK “face fines of £2,000 [$2,500] per passenger for anyone who travel illegally” in to the country.

It also cited increased cases of fraudulent South African passports being used to enter the UK.

“This is why Ryanair must ensure that all passengers (especially South African citizens) travel on a valid SA passport/visa as required by UK Immigration,” it said in a statement to the BBC.

Ryanair says that South Africans who are unable to complete its general knowledge quiz about their country in Afrikaans will be refused travel and their fares will be refunded.

The airline has faced condemnation for requiring South Africans to take the test.

Many black South Africans associate Afrikaans with white-minority rule, when they were forced to learn the language.

Afrikaans is one of South Africa’s 11 official languages and is spoken by an estimated 13% of the population as their mother tongue.