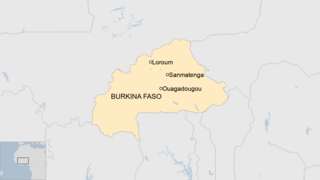 Burkina Faso's army says it has lost at least seven soldiers and killed 20 "terrorists" following militant attacks on two military bases in the north of country.

Four volunteers aiding the army in the fight against militants were also killed in the attacks on Thursday in Loroum and Sanmatenga provinces, according to a military statement.

The army said it seized or destroyed weapons, vehicles and communication equipment used by the attackers.

The violence came a day after a soldier was killed and another wounded in a roadside blast in northern Burkina Faso.