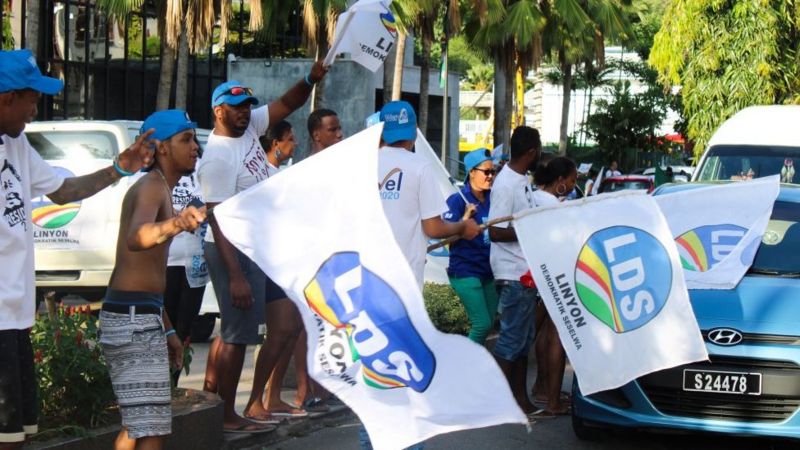 The opposition has taken power in Seychelles for the first time since 1977, following its victory in the presidential election.

Supporters of Mr Ramkalawan have been celebrating his victory in the capital, Victoria.

In his victory speech, Mr Ramkalawan was conciliatory towards Mr Faure, saying there were no losers or winners.

The Indian Ocean archipelago is a former British colony which became independent in 1976.

Mr Faure's United Party seized power in a coup a year later, and retained the presidency in elections after multi-party democracy was restored in 1993.

In his first comments since winning, Mr Ramkalawan said: "Mr Faure and I are good friends. And an election does not mean the end of one's contribution to one's motherland.

Mr Faure was sitting close by, and nodded in approval as the incoming president spoke, Reuters news agency reports.

The result is a political earthquake in these normally tranquil, tropical islands.

Jubilant supporters of Mr Ramkalawan, a cleric they call 'Father', are on the streets of the capital, Victoria, sounding their car horns and waving flags.

It was Mr Ramkalawan's seventh attempt to become president in elections.

Mr Faure, who had inherited power from his predecessor four years ago, was unable to distance his party's campaign from mounting evidence of past political murders, torture and corruption when Seychelles was still a one-party state.

The power that his party seized in a coup 43 years ago has been taken back at the ballot box by a population demanding change. The new president will be sworn in on Monday.