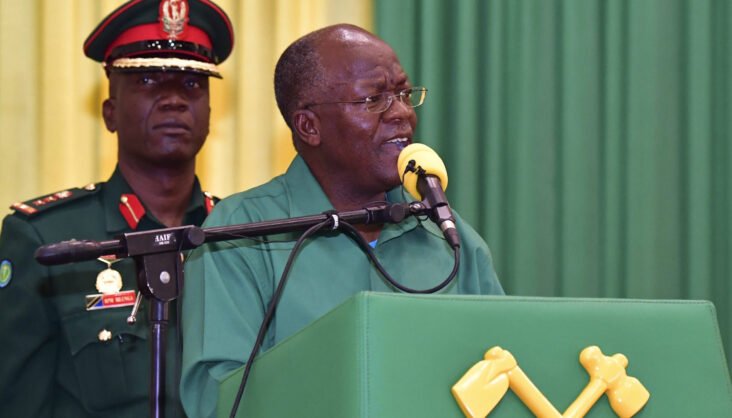 Intense speculation has been generated online over the whereabouts of the Tanzanian president John Magufuli, with many pointing a finger to a hospital in the Kenyan capital Nairobi.

Those asking questions include the leader of the opposition Tundu Lissu, who said the matter was, “a matter of grave public concern” in a tweet.

Contacted by The Africa Report, Lissu would neither confirm nor deny the diagnosis.

Kenya’s Nation newspaper has said that an African leader had been admitted to a Nairobi hospital, without confirming their name.

Others sources have told The Africa Report that Magufuli is in a Dar-es-Salaam hospital, suffering from Covid-19-like symptoms.

Criticism of Magufuli’s handling of the Covid-19 pandemic dates back to last year, when he ordered a plane-load of Madagascar’s unproven herbal potion, refused to talk to regional leaders about the spread of the virus, and claimed that three days of national prayer would be sufficient to tackle the coronavirus outbreak in the country.

Doctors against denialism
More recently he has been criticised by doctors in Tanzania who have been pleading for greater attention.

Speaking anonymously, one doctor told The Africa Report: “We are pressured by the authorities not to attend to people who have coronavirus symptoms rather than treating them for pneumonia and lung infections. As doctors, we are in danger because we are not even getting personal protective equipment. The government has to change its perception and take this pandemic seriously.”

Change of heart?
But the mindset has been changing at the top of the regime, as the virus has taken its toll of top ranking Tanzanian officials.

Those who have died include: chief secretary to State House John Kijazi, former deputy finance minister Gregory Teu, former governor of Bank of Tanzania Benno Ndulu and first vice-president of Zanzibar Maalim Seif Sharrif Hamad, whose party ACT Wazalendo confirmed he had tested positive for Covid-19 just before his death.

Lissu later commented, “It’s a sad comment on his stewardship of our country that it’s come to this: that he himself had get COVID-19 and be flown out to Kenya in order to prove that prayers, steam inhalations and other unproven herbal concoctions he’s championed are no protection against coronavirus!”