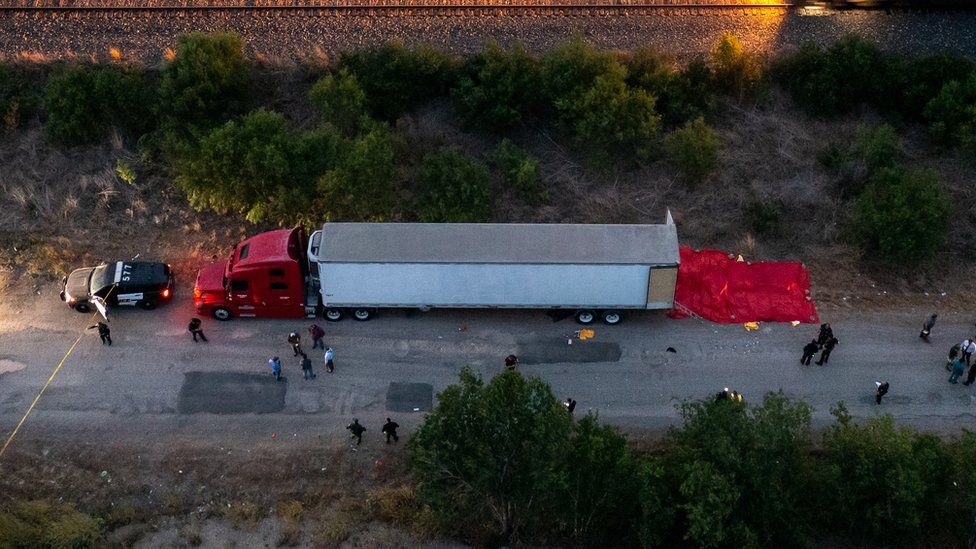 Emergency teams responded to the parked vehicle at 18:00 local (23:00 GMT) on Monday
Shares

At least 46 people have been found dead in an abandoned lorry on the outskirts of San Antonio, Texas.

A fire official said 16 people, including four children, had also been taken to hospital.

The survivors were "hot to the touch" and suffering from heat stroke and heat exhaustion.

READ ALSO: Children as young as 13 among 22 killed in South African tavern incident

San Antonio, which is 250km (150 miles) from the US-Mexican border, is a major transit route for people-smugglers.

Human traffickers often use lorries to transport undocumented migrants after meeting them in remote areas once they have managed to cross into the United States.

"They had families... and were likely trying to find a better life," San Antonio Mayor Ron Nirenberg said. "It's nothing short of a horrific, human tragedy." 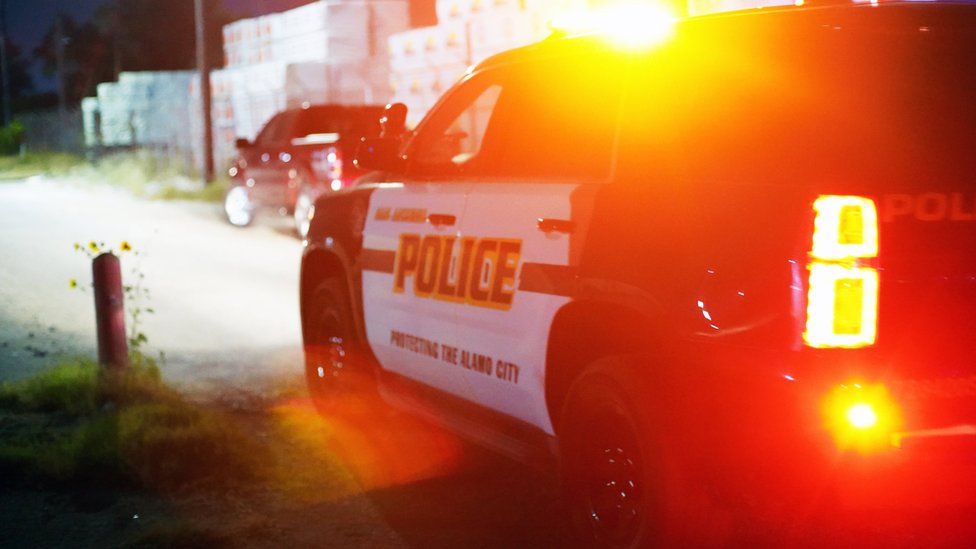 "We're not supposed to open up a truck and see stacks of bodies in there. None of us come to work imagining that," he said.

He added that the vehicle, which had been abandoned by its driver, had no working air conditioning and there was no drinking water inside it.

San Antonio's climate is blisteringly hot in the summer months, with temperatures there reaching 39.4C (103F) on Monday.

Mexico's Foreign Minister, Marcelo Ebrard, said that two Guatemalans were among those taken to hospital. The nationalities of the other victims was not immediately clear.

Three people are being held in custody and the investigation has been handed over to federal agents.

Mexican Consul General Rubén Minutti has been dispatched to the scene, while the consulate in San Antonio said it would provide "all the support" if Mexican citizens are among the dead.