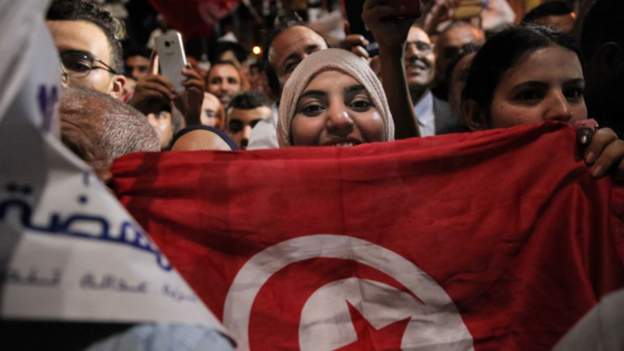 Mr Jemli, 60, used to be a junior agriculture minister.

President Kais Saied, who was elected in a landslide victory on 13 October, is expected to officially ask him to form a new government later on Friday, reports Reuters news agency.

The moderate Islamist party Ennahda holds only a quarter of the seats in parliament, Reuters adds, so Mr Saied's first task will be to build a governing coalition.

Tunisia sparked the so-called Arab Spring in 2011 with its revolution which ended autocratic rule.