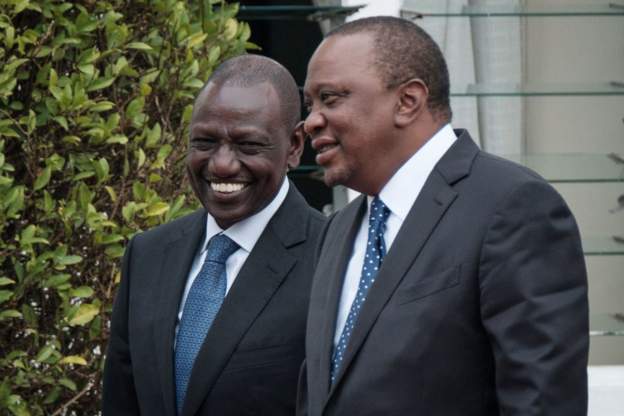 Two people have been killed and several injured in clashes between supporters of Kenya’s president Uhuru Kenyatta and those backing his deputy, William Ruto.

Rival supporters pelted each other with stones and burnt tyres as Mr Ruto attended a church service in the president's political stronghold.

The police fired tear gas - some of which went into the church.

Mr Kenyatta and Mr Ruto had long been political rivals but when both were accused by the International Criminal Court of election-related violence they formed an alliance ahead of the 2013 polls.

They have since fallen out, largely due to Mr Ruto's intention to run for president in two years time when Mr Kenyatta steps down.