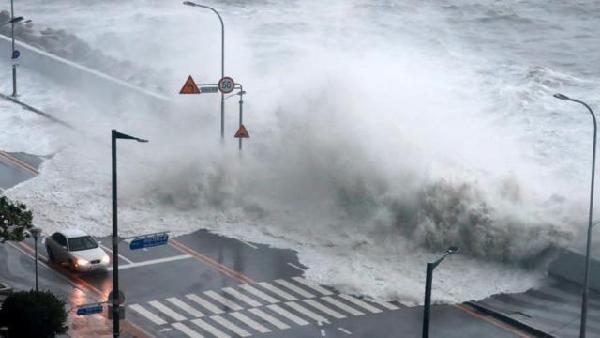 Seven people in South Korea have died after they were trapped in an underground car park during floods caused by Typhoon Hinnamnor.

They had gone down to move their cars but got caught by the incoming torrents.

Crew said they rescued two people, who reportedly survived by clinging to ceiling pipes for more than 12 hours. 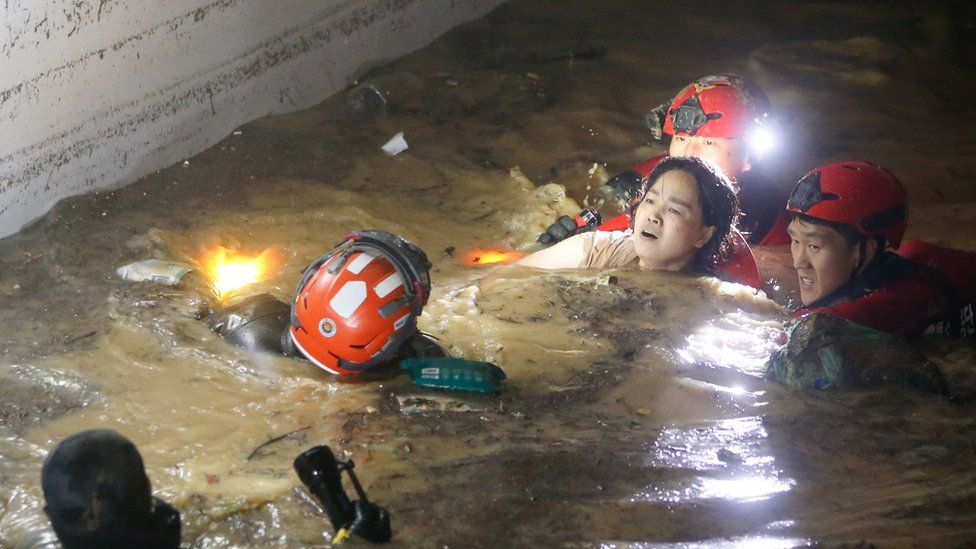 Rescuers had to wade through metres of brown water to enter the almost completely submerged basement on Tuesday night.

According to news site Yonhap, all nine people were residents of an apartment building who had earlier on Tuesday morning been told by the management office to move their cars from the carpark.

The survivors - a man in his 30s and a woman in her 50s - were reported to be in stable condition.

Pohang, the city where the tragedy occurred, suffered the worst damage across the country, said President Yoon Suk-yeol.

Mr Yoon expressed his grief over the drownings, calling it a "disaster".

"I couldn't sleep last night because of this tragedy," he said. 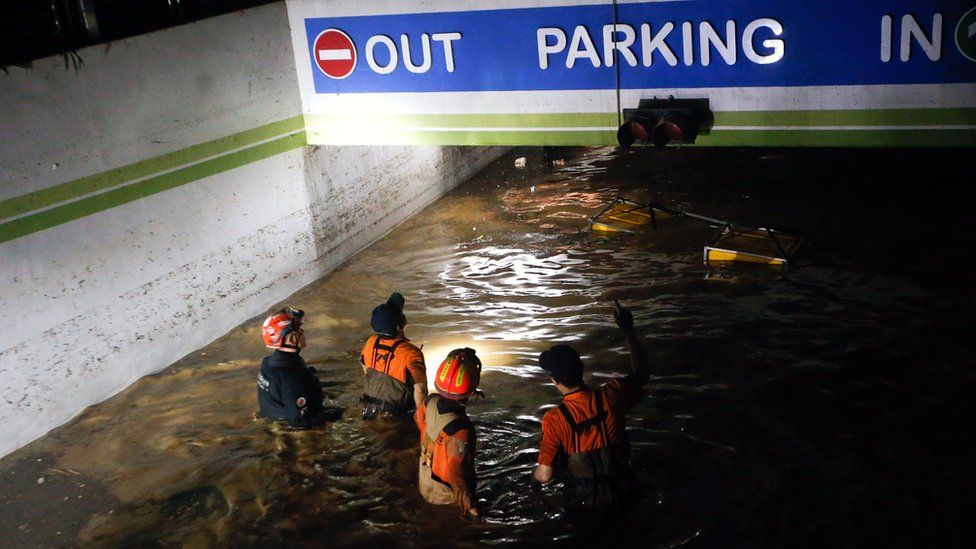 He added that he'd designated the city a special disaster zone and he would travel to the region later on Wednesday.

At least 10 people have now died as a result of Typhoon Hinnamnor, which swept South Korea's southern and eastern coasts on Monday and Tuesday, driving huge surf, gale-force winds and heavy rain.

Several other cities across the south - including Busan and Ulsan- are also dealing with wreckage caused by the storm, which ripped up roads, smashed building windows and flattened trees.

South Korea - like many countries in East Asia - has over the past few months endured extreme rains as well as record temperatures.

In early August, it recorded massive downpours which flooded cities, including the capital Seoul. Such floods killed at least eight people, including three who were living in basement apartments.

The deaths prompted Korea's president to outlaw such units - known as banjiha, which were popularised in the Oscar-winning film Parasite.