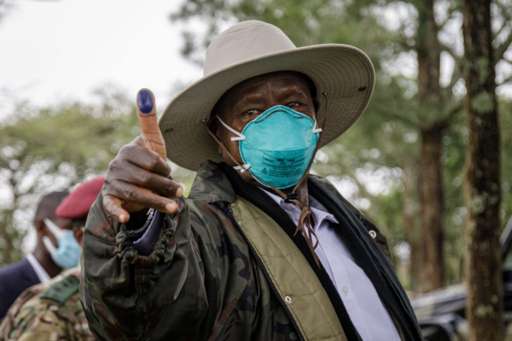 Uganda's President Yoweri Museveni has taken a significant early lead in the presidential race according to preliminary results released by the electoral commission on Friday morning.

Full results are not expected till Saturday.

Bobi Wine has alleged there was widespread fraud and violence during Thursday's poll but gave no details of his accusations.

Uganda's government has described the election as peaceful.