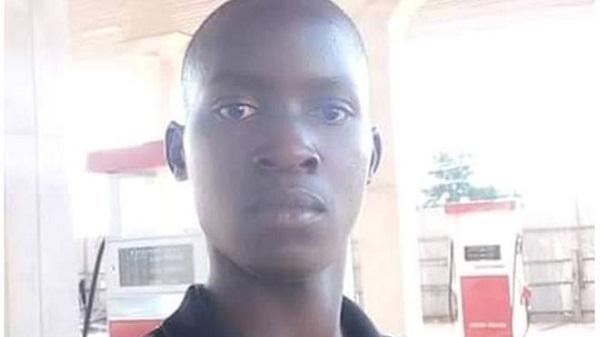 A 29-year-old motorbike taxi rider in Uganda has died after setting fire to himself inside a police station.

Hussein Walugembe's bike was seized in the south-western district of Masaka, about 135km (85 miles) from the capital, Kampala, on Monday.

Some riders allege that officers had demanded a $40 (£32) bribe from Walugembe to release his vehicle.

A police spokesman says the entire traffic department is now under investigation for bribery.

It is also reported that Walugembe had been living in police quarters and been supplying food to the force.

Riding motorbike taxis - or boda bodas as they are known in Uganda - is a common source of income for unemployed young men in countries across Africa.

But in Uganda they have been banned from carrying passengers as part of efforts to control the spread of coronavirus.

Boda boda riders are only able to operate between 06:30 and 17:00 local time and can only transport cargo.

According to the police, Mr Walugembe had lent his motorbike to a friend, who was caught ferrying a passenger on Monday. 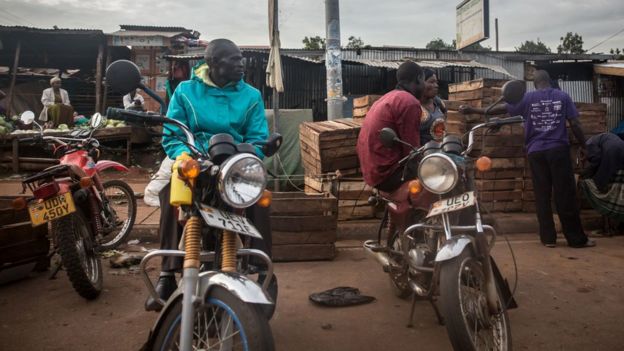 Mr Walugembe reportedly became frustrated with the police after visiting the station several times to demand they release his bike.

On Thursday, he locked himself into a room at the station and set himself alight using petrol concealed in a water bottle.

Officers at the station ferried water in jerrycans to put out the fire.

An officer who was with him at the time suffered minor injuries and several files and computers were destroyed.

Regional police spokesperson Paul Kangave said an investigation had been launched into the self-immolation and into the conduct of the entire traffic department.

He said the force's Professional Standards Unit would be looking into allegations that the officers were demanding bribes after vehicles were impounded for flouting lockdown restrictions.

How serious is coronavirus in Uganda?

The government began easing lockdown restrictions in May but maintained those on boda bodas.

The president said in late June that they could lead to the further spread of the virus if allowed to transport people at this stage.

Uganda so far has 900 confirmed cases of Covid-19, with 847 recoveries and no deaths.

Many of the cases have been reported among long-distance truck drivers and their contacts.