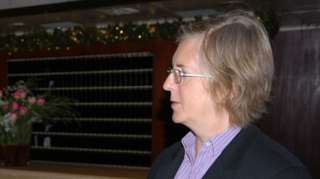 The UN mission in Sudan has expressed disappointment over Sudan’s refusal to renew the residence visa of one of its senior staff members.

Rosalind Marsden, a former UK ambassador and EU representative to Sudan, left the country after the authorities failed to renew her visa.

“It is disappointing that after considering the application for many weeks, the authorities have chosen not to renew her residency visa,” the United Nations Integrated Transition Assistance Mission in Sudan (Unitams) said in a statement.

Unitams said the “decision is unfortunate especially given the recent request of the Sudanese authorities for Unitams and its partners to devote more attention to support for peace-building and mobilising resources for many priority activities”.

In the past few months, Sudan has been at loggerheads with Unitams over the mission's reporting on human rights violations in the country.

In April, Sudan threatened to expel the head of Unitams, Volker Perthes, over what was described as “interference in the country's internal affairs”.